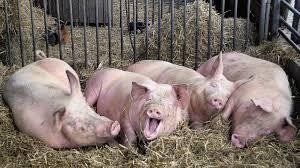 The poor bastard has inherited a mess of unprecedented proportions that is going to take a long Liberal tenure to sort out and return to some normality – if at all.

The sad reality is that Australia is made up of three types of people. Workers. Bludgers. Pensioners. And is desperately trying to claw every dollar they can back from this hurting system…the magnifying glass has momentarily paused above the latter category. Which is sad. We expect the pensioners to be looked after in this country. We don't want to see elderly people homeless and destitute in Australia. And unlike Italy and Japan – we don't have a culture of always looking after our senior citizens.

I have an immediate idea that could claw back quite a few millions. Means test the fucking politicians for a start! Let's take a few luminaries who really don't deserve the largesse we give them.

The wastage in this area alone is horrendous and is a massive burden on the taxpayer. Moreover, is it justified? Do we get any value for money? The latest revelation that both Rudd and Gillard get a $200,000 salary for the rest of their natural lives plus enormous travel allowances, office accommodation and staffing costs is an insult given that neither was poor to start with and both now have 'jobs'. They are young enough to work. Younger than me! If I have to keep working until I am 70 plus, why don't they?

A study in 2010 by the Daily Telegraph revealed that Mr Rudd, at 52, a young ex-prime minister, will receive well in excess of $20 million worth of allowances if he lives to 85. This is despite the fact he had served just 2 1/2 years as P.M. at that point. This of course has altered even more dramatically with his additional tenure.

Then there are a host of other benefits – the airline gold pass, which entitles ex-PMs up to 40 business class flights a year. That's almost 1 a week! If Mr Rudd takes 30 flights annually it will cost the taxpayer more than $60,000 a year. And trust me, nobody loves flying more than Kevin Rudd! Not even bloody Sea Gulls!

Once retired, he is entitled to his own office, worth about $120,000 a year in Brisbane for the rest of his life and four staff, which political insiders say will cost $240,000 a year. What? The Rudd's new multi-million home doesn't have room for a home office?

Mr Rudd would also be entitled to the lease of a car worth up to $55,000 for the rest of his life. Leasing experts say this would be worth $1000 to 1500 a month. And Mr Rudd will receive all of these benefits on top of his wife's estimated $210 million fortune!

Surely this good luck is the result of considerable 'Government' work being put her way and rules them out of any more wanton generosity from the Australian people.

Add to this, Gillard. This former communist who has now embraced the capitalist ideal with both arms and not a whimper of complaint I notice. She has already ditched the brick veneer in Altona for a swanky pool-side ponderosa in leafy Adelaide no doubt made possible by a $500,000 salary and ongoing perks.

My point is this. I have had to make cuts to my life because things change. The expensive office I used to lease in Melbourne is gone because, with the internet I can now work from home. I now use consultants rather than employ up to 10 people which today would send me broke. I now drive a ute because it is cheaper to register and insure. Cost cutting measures made to ensure I can continue to work in a country that is very much prejudiced against senior aged workers.

Mrs Renny is not happy. I have taken over a picturesque corner of our winter lounge room and in her words – I am a messer! When the drawing board comes out, which it does at least once a month, the kitchen table is also rendered unserviceable. Not to mention several square yards around it.

Why is it then that we continue to provide multiple millions to give these buggers swanky offices to run their now quite irrelevant lives from? I mean what has Hawke's or Keating's offices churned out in the past few years that justifies these silly extravagances? Books about them? Utterances from them? Both could be made from their kitchen tables surely! Does an Ex-PM really need an office that costs up to $14,000 a month? They have large homes with room for an office. None lives in a 'bed-sit'. None even knows what a 'bed-sit' is! Maybe they should become pensioners and find out.

Just so I am being even handed here – according to the 2010 figures Keating was in fact the most frugal as he keeps staffing costs low by engaging people on a part-time and ad hoc basis.

Each former PM is entitled to at least two staff, including a senior private secretary, and the annual wages bill of each is nearly $300,000. Mr Keating saves about $70,000 a year by using staff as he needs them instead of full time appointees.

However, new figures have come to light revealing that in the seven months after leaving office, Mr Howard spent $109,892 on limousine services, evenly split between the government Comcar service and private hire cars. Mr Howard's office rental was the highest at $13,853 a month, closely followed by former PM Malcolm Fraser, whose 101 Collins St office in Melbourne costs taxpayers $12,122 a month.

Former Labor PMs Whitlam and Hawke have offices on adjacent floors in Sydney's Potts Point at 100 William St. The monthly cost for each is $7464 and $7898 respectively. Mr Keating's office is also in Potts Point, in Manning St, and costs slightly less at $7434 a month.

The former PMs also have their home and mobile phone bills paid by taxpayers, as well as unlimited allowances for publications, a private self-drive car, and air fares for them and their spouse. (Which really irks in the case of Therese Rein who has $210 million in the bank for Chrissakes!)

These are in addition to their pensions under the generous former Parliamentary superannuation scheme, which gives them a pension INDEXED TO CURRENT MPs’ SALARIES FOR LIFE! The payout they receive depends on their length of service in Parliament, which is accelerated in the case of prime ministers and their final salary.

Each PM can usually expect to receive about 70 per cent of the incumbent's salary, unless they chose to take a lump sum on retirement. (I thank the Daily Telegraph for doing the hard yards here with the figures and info.)

I have nothing against paying our PM a wage that reflects the importance of their job, but I have lots against them making millions from us when they a) don't really need it and b) don't really deserve it anymore.

But now, the ones facing the fiscal axe, are the poor bloody pensioners who have worked and paid tax all their bloody lives!

As for the bludgers… well that's a whole separate issue.

WELCOME TO THE DIGITAL GULAG