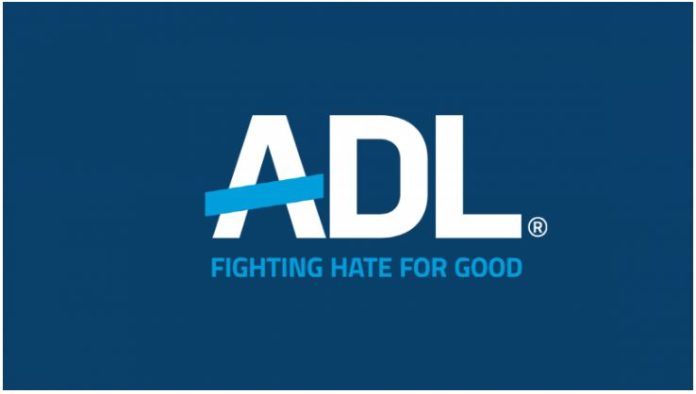 The Anti-Defamation League (ADL), which claims that its mission is “to stop the defamation of the Jewish people and to secure justice and fair treatment to all,” is enraged that some people have been covering some of the more bizarre and disquieting reactions to the coronavirus in the Islamic world.

“Islamophobes React to Coronavirus Pandemic with Anti-Muslim Bigotry,” the ADL claimed in an article last week, which contained enough virtue-signaling to make everyone involved with it go away feeling satisfied with themselves.

There was just one catch: the reports that the ADL was railing against were accurate.

This is a common tactic of Leftists: represent facts that are patently true as if they were self-evidently false, and egregiously hateful and bigoted, without any actual attempt to refute them.

The pathetic sheep who still think that the ADL is a civil rights organization will be taken in. Those who are more thoughtful will notice that in the terrible things I am represented as saying below, there are no links.

And there is a very good reason for that. If the ADL had provided links, it would be clear that I was in all cases simply passing on information from news outlets, not making up wild claims out of whole cloth, as the ADL would have you believe.

Demonstrating its commitment to fairness, honest analysis, and consequent rejection of smears and name-calling, the ADL took aim at “Islamophobe Raymond Ibrahim,” who, it claimed, wrote an “alarmist piece for FrontPage Mag, a right wing conspiratorial and Islamophobic online magazine founded by anti-Muslim activist David Horowitz.

Ibrahim, who is also a fellow at the David Horowitz Freedom Center, an ultra-conservative organization that claims to combat the efforts of the ‘radical left and its Islamist allies to destroy American values,’ wrote in an April 1 post that Muslims are ‘encouraging other Muslims to come into contact with each other’ and are ‘protesting the idea of temporarily closing mosques,’ adding that Muslims believe ‘nothing associated with Islam and especially Islamic worship can get them sick.’”

The ADL never mentions, not surprisingly, that in the article in question, Ibrahim carefully notes the sources of all his statements.

Every quote to which the ADL objects originates not with Ibrahim, but with Muslims in Iran, Egypt and elsewhere. So Raymond Ibrahim is evil for reporting on these statements? Apparently the ADL thinks so.

The ADL targets me also, saying: “In a March 16 post on his conspiratorial, Islamophobic website called Jihad Watch, leading Islamophobe and right-wing conspiracy theorist Robert Spencer claimed that Muslims in India refused a coronavirus test because ‘Islam does not permit such tests.’”

The March 16 Jihad Watch post links to, quotes and credits this March 15 article from OpIndia, which says: “The Muslim youths objected to carrying out any medical tests citing that Islam does not permit such tests.”

The ADL doesn’t mention that, of course. It does the same thing again farther along in its article: “In a March 28 article on the right-wing news site PJ Media, Robert Spencer echoes this by claiming that Muslims believe ‘coronavirus is for infidels’ because ‘a hadith attributed to Muhammad accords martyr status to those who die in a plague.’”

The ADL doesn’t bother to inform you that I give the source of the hadith in question, Sunan Abi Dawud 3111. Nor does it mention that I quote a Muslim cleric, Sheikh Sani Jingir, saying that “coronavirus is Western conspiracy to stop Muslims from performing their religious rites.” (And here’s the source for that, also cited and linked in my article).

The ADL likewise glides over the fact that I note in the article that “according to the Middle East Media Research Institute (MEMRI), an imam in Gaza, Jamil Al-Mutawa, preached a sermon in which he said that “the Muslims are the people who are least infected.”

As if all that weren’t enough, the ADL has one more: “In a March 22 article on PJ Media, Robert Spencer writes that Muslims are going so far as to practice ‘coronavirus jihad’ because an activist known to be a vocal opponent of Egyptian president Abdel-Fattah el-Sisi encouraged Muslims who have ‘flu-like symptoms’ to try to spread any possible disease to members of the Egyptian government.”

That one is also on video, and cited and linked in my article.

The ADL article does the same thing with other writers as well, and in all those cases also it tendentiously leaves out the links and any indication that the claims in question are actually well-sourced and the judgments grounded in fact.

The ADL is, in a word, dishonest. It’s a propaganda organization, not a civil rights group. But it will likely be years before the bulk of the public wakes up to that fact.

THE TRUTH WILL SET US FREE