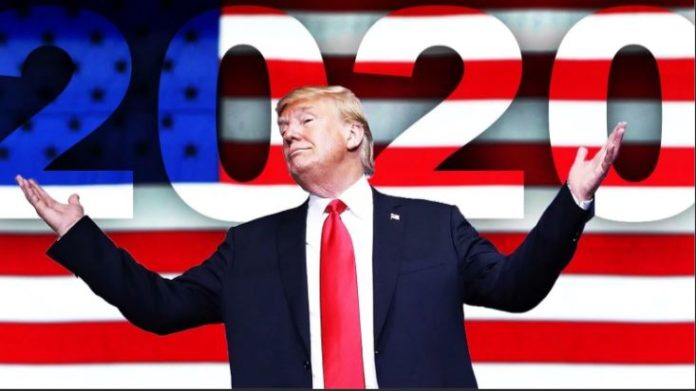 I estimate with high confidence (85%+) that Donald Trump will win the November 2020 elections.

I base my analysis in the following:

–1. The Manchurian Candidate/ End of the world Apocalypses candidate cannot be used against Trump this year. It was used against him back in October/November 2016 and did not work. It only can be used once. The Republicans also used that technique against Obama back in October/November 2008. The Manchurian candidate/End of the World candidate strategy means that if a X candidate wins, that candidate will destroy the country and it is going to be the end of the world. Trump demonstrated that he did not destroy the country nor the world by winning back in 2016. People know now the world will not end if he wins in 2020. That is why the Republicans could not use this technique against Obama in 2012 and why the Democrats cannot use it against Trump now in 2020. IT CAN ONLY BE USED ONCE.

–2. Trump demonstrated that his economic policies worked very well. Back in February 2020, just before the China virus, the economy was in great shape. Unemployment was very low at about 3.5%. Wall Street, the Dow, etc. were doing great back in February. A large slice of the population of the US wants to go back to the economy of February 2020. Trump is promising that and a fast recovery from the China Virus.

–3. The Reagan Democrats are firmly behind Trump and they are the most decisive voter group in the Rust Belt/Mid-West key battleground states, the ones that usually decide the Presidential elections. The Reagan Democrats are the blue collar/factory workers of the industrial belt (Rust Belt) that are natural Democratic Party voters for economic reasons but abandoned their Party to vote for Reagan back in the 80s. They went back to the Democratic Party after Reagan retired, but moved back to the Republican Party in 2016 because of Trump. They are still firmly behind Trump. The Reagan Democrats are natural cultural Republican voters as most of the them are religious, go to Church, pray often, are mostly pro-Gun and Pro Second Amendment, are Anti Big City Elitists (identify themselves as the Deplorables so much mocked and rejected by the big city liberal elitists), pro Boxing and Pro MMA, hunters, NASCAR, etc., etc. Trump is their champion as he modified or rejected Globalist Free Trade agreements that did not take in consideration moving industrial jobs from the US to Mexico or China. Trump, by fighting those Globalist Free Trade agreements and by pushing for the return of industrial jobs back to the US was able to keep the loyalty and support of the Regan Democrats. They are the most important voter group as usually they decide the “Swing” states. (In the US the religious Bible Belt of the South always vote Republican, the liberal left wing secularist Coast states and big cities always vote Democrat, but the Mid-West industrial states are “ Swing” states that can vote for any given Party on any given election. This make them the Key Decisive states for Presidential elections).

–4. The China Virus (Coronavirus) did not kill Trump possibilities for re election as Trump and his team are pushing the line very clearly, that China is to blame for not reporting human to human transmission back in February/March 2020 and by allowing tens of thousands of people to travel to the US, Europe, etc. back in early 2020 to infect the whole world.

Trump is defending his coronavirus response by pointing out that all medical experts estimated that more than 2.1 million people would die from the virus in the US but that now after his response, less than 200,000 will die, which means more than 1.9 million people SAVED from the original estimates.

Trump points out that more than 100,000 ventilators were made in the US under his administration and that by December 2020 the total number will be 200,000. Trump also points that the US is pushing for accelerated research for both a vaccine and a treatment that will come before the end of 2020. Additionally Trump emphasises as high points the mobilization of the military DoD logistics for Corona response, the total mobilization of FEMA/DHS, the travel ban from China that Biden opposed, and the Federal Industrial Production order he pushed to increase PPE production and ventilators, and the sending of the 2 military hospital Navy Ships to New York and the West Coast.

Now the protests are pushing the average “John Doe”, the average American, from “Main Street,” into supporting Trump’s strong pro Law and Order position. There are currently record gun sales in the US, a strong indication that people are generally scared that the riots and violence will target their towns. The fact that the protests now look like strong Cultural Marxism and are trying to destroy patriotic symbols and heroes like Washington, Jefferson, Columbus, etc., etc., etc. causes strong rejection from the average Silent Majority American in “Main Street”. Biden looks to them like a senile weak old man, manipulated and directed by his handlers/puppeteers of the far left. Trumps look like a strong pro Police and Law Enforcement leader not afraid to send Federal Law Enforcement agents to keep the rioters under control. Just like the 68 riots strongly helped Nixon, today’s riots are strongly helping Trump with the average middle class suburban American from Main Street.

–6. The Democratic Party moved too far to the left. Instead of remaining like a Center-Left liberal party it moved to the strong radical left for several reasons: influence of the Me too movement, Hollywood propaganda movies, Marxist/strong left wing influence of the average University professor, etc. Also the Party wanted to keep the base of Socialist Bernie Sanders supporters, mostly young university students, Marxists, “Scientific Atheists” , etc. happy and within the Party. The Party is defending the radical idea of Late Term abortion (infanticide), transgender ideology, secularism, etc. The Party rejects objections from parents who don’t want men using their daughter’s bathrooms and don’t want to see men competing against girls in Olympic sports. Now those parents are promoting ¨hate¨ according to the party.

The Party strongly positioned itself against police/ local Law Enforcement officers, Border Patrol, ICE Law Enforcement officers and remained silent against mobs that destroyed Columbus’ status in Baltimore and want to remove statues of Washington, etc., etc. The strong influence of Socialist Bernie Sanders, left wing activists Alexandra Ocasio Cortez, Ilhan Omar, and Rashida Tlaib are clearly behind so called  “moderate” Biden as handlers and puppeteers of this so called “catholic” who supports abortion,  and was denied holy communion because of his position in this extremely important issue. The average non-ideological American, patriotic, pro-military, pro-gun, religious, person is a lot more scared of Antifa and the radical left than they are of Trump’s strong Patriotic right-wing policies. By moving the Party‘s base to the hard extreme left, the Party is rejecting much that is held dear by the average Main Street American.

–7. The Coronavirus social-political side effects are helping Trump. In the US the tradition of Live Free or Die, freedom and libertarian ideology (based on modifications of Von Mises and the Austrian School of economics) have a strong presence. With the Coronavirus as excuse, the Democrats at the local level pushed for strong state control – as in mandatory face masks, mandatory closing of small business, bars, restaurants, parks, beaches, etc., strong supporters of online classes instead of physical school classes, and enforcement of quasi house confinement. Conversely, Trump pushed for the fast reopening of bars, restaurants, etc., for physical school presence, reopening of the economy. Pushing for strong State control is now hurting the Democratic Party. Most average Americans reject strong State control as in basic freedom of movement, opening small businesses, etc. Most consider that to be tyranny. While most of the White-Collar elites in liberal coast cities might support these policies from the Democratic Party, most Average Americans from Main street reject them. As an example: a Texas Woman who opened her beauty parlour against the orders of the left wing City of Houston, was arrested for it and sent to jail for 7 days by a left wing judge, is now running for the Texas State Senate with very strong support from conservatives and the average, freedom loving Main Street American. The strong state control pushed by the Democrats is being rejected by a large segment of the population.

For all these reasons I estimate with high confidence (85%+) that Donald Trump will win the November 2020 Presidential elections.

This article first appeared on Linkedin.com 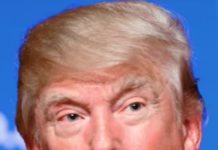