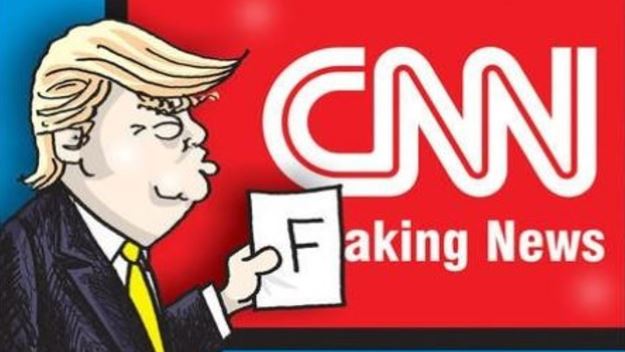 We live in a world where we are surrounded by fakery. Everywhere you look.

We have become accustomed to it. It is just how our lives are.

Donald Trump’s crusade against fake news has brought the word “fake” very much to the fore of our minds.

The relentless treacherous bombardment of the American people by CNN and other shredders of truth prompted Donald Trump’s magnificent counteroffensive where he hit them over and over with the term “fake news”.

The spell the American people were in was broken. Many now, when seeing the news, straight away mentally refer to Trump’s words. Their immediate thought is “it’s just fake news”.  MSM credibility has been smashed to smithereens.

So much is fake. Many women are heavily into fakery. Large numbers have chosen to spend considerable amounts of money on breast implants, be they saline or silicone.

They do not beautify. The exploitative plastic surgeons are normally artless, leaving the women looking somewhat comical.

Then there is hair colour. Most women reject their natural hair colour and re-colour their hair from a packet. Blond is common, but a huge range of colours can be used, right through to bright red or bright blue.

Of course it is a natural and lovely thing for a woman to beautify herself, but there is a line between tasteful and excessive. Between dignified and, dare I say, desperate?

So much human sexuality is fake.
There are over thirty fake genders. Biologically, and you cannot argue with mother nature, there are two. Scientific fact.

But in the fanciful, fantastic, fantasy tripping that many now indulge in, you can rip up all that is natural and be one of over thirty fake genders.

You can have fake sexual intercourse employing a strapped on fake male member, telling yourself everything is normal and it is the people who react badly to your preferences who are abnormal.

Of course they are not but in your fake world can appear to be. Then there are fake religions.

There are fake messages everywhere. Your ABC is Our ABC. “Please hold. Your call is important to us.

We will attend to your call as soon as possible” is “To save money we have employed as few staff as we can get away with. You will just have to wait.”

Then there are fake political parties. Fake in the sense they purport to believe in democracy, when they do not.  Labor and the Greens in Australia have tyranny at their very centre, as do the Democrats in America.

Had Shorten won here or Hillary won in America this would have become increasingly evident. Fakery – it is everywhere.

“Honesty is such a lonely word,
Everyone is so untrue.
Honesty is hardly ever heard,

And mostly what I need from you”

Was he not, as poets often do, reflecting back to us the condition of the surrounding world?