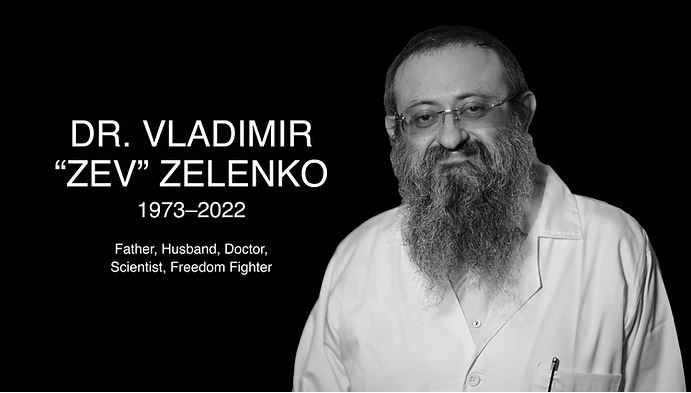 One of my heroes died today.

Early this morning I was informed that my friend Zev Zelenko had died at the young age of 48 after a long battle with cancer.

Zev had a heart of gold and was never afraid to speak the truth.

I last talked to him on May 24 and asked him how he was doing and he basically said “I have metastatic sarcoma” so he knew the outlook was grim and he didn’t have a lot of time left.

On June 10, the last message he sent me was to let me know that his memoir was coming out in 2 months. It is called “Zelenko: How to decapitate the Serpent.” He wanted my help in promoting it.

Zev is best known for inventing in March 2020 what has come to be known as the “Zelenko protocol,” which is a combination of Hydroxychloroquine (HCQ), zinc, azithromycin, and other drugs for treating COVID. The key to the protocol was very early intervention. The use of the Zelenko protocol has spread worldwide. His medical advice was responsible for saving countless lives.

Zev was nominated along with other courageous doctors for a Nobel Prize in recognition of his groundbreaking treatment and outspoken advocacy on behalf of patients.

He will be missed.

You can read more about his incredible life at the Z-Freedom Foundation.