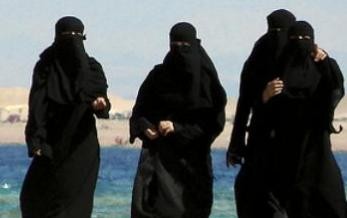 The Gold Coast is set to become an Islamic friendly destination, thanks to the rolled-gold goose running the joint, Mayor Tom Tate.

Not so great for anyone else.

Because it means less of everything that is Australian.

Just in case you don’t get my drift, pretty much everything good about Australia is unIslamic. Like having a beer. Or giving women the same legal status as men. Or even just acknowledging that it is paedophilia for old men to have sex with nine year old girls. Like Mohammad, the example for all Muslims, did.

And those Islamic things that have crept in recently are a bit hard to put in the ‘good’ basket. Things like riots through the streets of Australia’s largest city, Australians detonating themselves at Syrian airports and Australian imams being the spiritual guide for blokes who like blowing up marathons.

We don’t need more of it, and we don’t want more of it.

Unfortunately, Mayor Tate has a plan that will see Surfers Paradise and Broadbeach ‘convert to Islam’.

That’s not really a plan. It’s a disaster.

UPDATE: A petition has been launched against this craziness. It can be found here:

Furthermore, if I ran a tourism business on the Gold Coast, I would be fairly miffed at Mayor Tate’s decision to strap a suicide vest onto the industry. There are many reasons people visit the Gold Coast. All of them have to do with the fact it is not an Islamic destination. If you want to experience Islamic culture, you head over to the Middle East. You don’t go to the Gold Coast.

In fact, the thought of an Islamic Gold Coast is pretty much a great reason why anyone who goes there will find a new holiday destination.