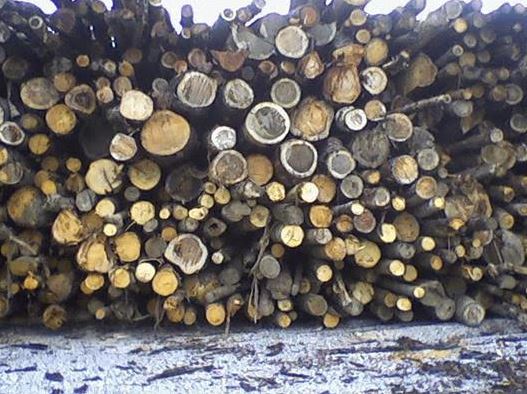 Burning forests to generate electricity is probably the worst green energy stupidity. It destroys forests, creates its own pollutants, is less efficient than coal to harvest, handle and burn and has a low heat value. If all factors are counted, it will take decades of forest regrowth to match the CO2 emissions of burning high-energy coal.

Most coal-fired power stations are built on a coal field with reserves to last the life of the power station. The coal is mined efficiently, the fuel is of known quality and sizing and efficient repetitive methods are used to extract and prepare the coal and convey it continuously into the power station.

The most infamous wood-burning power station in the world is DRAX in Britain. It burns more wood than UK produces and more than any other station in the world. It gets huge subsidies for felling forests as far away as America, then chipping and drying the wood and transporting pellets across the Atlantic. Every step on the way causes large emissions of CO2, but these are conveniently ignored in the mindless war on coal.

Australia’s greenie godfather, Bob Brown, became famous for stopping construction of green-energy dams in Tasmania. Then he helped the LNP win the recent federal election by opposing coal mining in Queensland’s Galilee Basin. And recently he revealed himself as just another NIMBY (not in my backyard) in opposing a proposed wind power project in his homeland, Tasmania. Why not oppose them everywhere, Bob?

Bob should also look into another green energy abomination – bio-fuels. Surely he does not support burning forest to generate electricity or growing huge cultivated tracts of corn, palm oil or sugar beet and calling them biofuel for motor cars?

If Greens want to reduce life-supporting CO2 (a foolish goal), they should be building houses out of old growth forest, not burning it. Then replant the mature milled trees with young trees that will grow much faster than old trees and burn the sawdust in power plants or use it to make compost.