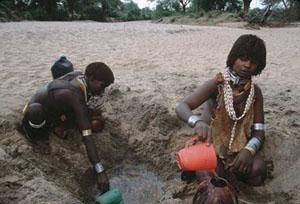 Desperately poor people focus on feeding their families and have no spare energy to support secondary concerns such as the environment.

Today’s green policies are reversing these centuries of progress. They are restricting mining, farming, forestry, fishing and heavy industry by delaying approvals, denying access to land, increasing taxes and the dole, and making electricity more costly and unreliable.

Western recession and UN promotion of green energy will also increase poverty in the third world where swelling populations will further degrade their environment.