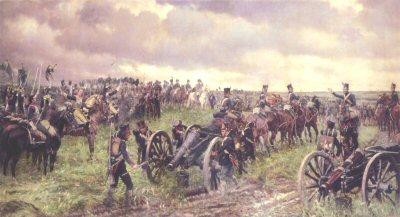 The next couple of months pose great dangers for the free democracies. The most powerful politicians, power seekers, speculators and religions of the world are openly or secretly conspiring to embrace the One-World Climate Religion as a front for their one world-government ambitions.

The Leaders of this Unholy Alliance are:

·         The Pope with his socialist agenda and his dreams of rejuvenating Catholic leadership in world matters by embracing trendy causes.

·         The UN/IPCC whose sustainability rules, heritage no-go areas and green barriers are already affecting every industry and every law book in the world (but mainly in the compliant western nations).

·         Obama who seeks a last-minute legacy for his disruptive era of non-achievements.

·         Crusading Royals such as Prince Charles; frustrated politicians such as Mikhail Gorbachev; power-seeking magnates such as George Soros; tinsel-town idols seeking more purpose in their make-believe lives; would-be messiahs and prophets-of-doom like Tim Flannery; guilt-stricken millionaires and the rich foundations and NGO’s whose control has been captured by the extreme green/left.

·         China and its ruthless central controllers, who will manufacture most of the useless green energy machines and hardware.

·         The un-elected EU bureaucracy with its growing power over most of Europe.

·         Most western bureaucracies who hope to be local enforcers and tax collectors for the new world order.

·         The old Marxists who suddenly see new hope for their jaded dreams. And there are Circling Jackals looking to Share in the Spoils:

They include all of those looking for benefits and loot from what is so far mainly a War on Coal:

·         India whose massive bureaucracy hopes to extract benefits in exchange for support.

·         The nuclear and hydro-power industries which will expand as coal is taxed to death.

·         The legal/banking fraternity who are already briefing, advising and financing both sides.

·         State-owned media everywhere who tend to be anti-industry and pro bigger government.

·         Now we even have barristers and lawyers advising green groups to use green-tinged courts and judges to enforce the global climate agenda.

The White Knights of the Rag-Tag Opposition:

Time to Right a Terrible Wrong – the Vilification of Carbon and Carbon Dioxide:

It is a sad indictment of our scientific and educational leaders that carbon, the key essential element in all living compounds, and carbon dioxide, the natural gas-of-life absolutely essential to feed all life on earth, have been so vilified by alarmists, opportunists and charlatans seeking power, votes or profits, that innocent children and clueless adults now fear and detest these innocent beneficial natural substances.

And it is a sad indictment of our energy engineers and industrial historians that the essential role of hydro-carbon fuels in human well-being is not recognised.

Hydro-carbon fuels (oil, gas and coal) have made an enormous contribution to welfare of the biosphere and the human race. They provide cheap reliable energy for heat, light, transport, industry and agriculture, and coal is essential to make steel and other metals for all our building and infrastructure needs.

Electricity has cleared the smog from cities such as London and Pittsburgh and could even power the trains, light rail, trams and electric cars that could remove diesel and petrol pollutants from the skies of modern cities. Coal saved the forests being logged to produce charcoal, or being burnt in smelters, boilers, stoves and heaters.

Steam engines saved many rivers which would have been harnessed for hydro-power. Gas is now propping up the intermittent green energy producers, wind and solar. Finally combustion of any hydro-carbon recycles valuable plant nutrients into the biosphere assisting to return Earth to the verdant green land it was when the great forests which formed the coal seams grew profusely.

Surely recycling this stored solar energy of the sun is the most sensible energy option we have? Those who deny these facts need to prove their case.

Finally we have the widespread pollution of land, air and waters. Observations will show that the most polluted countries, cities and suburbs are always the poorest ones where people are too busy surviving, scavenging or poaching to worry about endangered species, hazardous waste or polluted waterways.

Unfortunately the producers of hydro-carbon energy seem too cowardly, too ill-informed or too infected by climate hysteria to defend themselves or the products which contribute so much to our prosperity, industry, environment and government income.

For almost 20 years now, global average temperature has trended steady – it is NOT rising.

Over the same period the atmospheric content of carbon dioxide has continued rising.

THEREFORE, carbon dioxide is NOT the main driver of global temperature.

There has been no real global warming – just models that are programmed to run hot.

But there is Danger in the Growing Public Apathy

Those with experience in battling the red-green-left in student or other politics know that one strategy is often used successfully by radicals. Keep talking endlessly, repetitively and boringly until the conservative opposition (which usually has better things to do with their time) becomes bored, or goes home, or stays away. This leaves radicals in control of the agenda. Then, at the exhausted end of what appears to be a pointless and boring debate, they make their greatest unopposed gains, because opposition has evaporated. Deadly things get signed.

This battle is approaching its desperate stage. It is like another time involving France when, just before sunset, Napoleon’s Old Guard (“The Invincibles”) was advancing in a tight column towards Wellington’s exhausted thin red line on the crest of a hill at Waterloo. Every redcoat was needed, and none must falter, or the day and the continent were lost.

But, Do Not Despair

– Truth will win. Reality Exists even when few are prepared to accept it.

We have outlined a profoundly pessimistic picture. Most of the world’s money, power, and vested interests are lining up behind this New World Order, and we can only attack them with words, facts, ideas, and votes at the next election.

What we do have is the power of ideas whose time is coming. Public opinion sometimes changes quickly and dramatically. They were listening all the time, but no one wants to be seen to be the first to break ranks. They are waiting for someone to give a lead in a different direction. It may be triggered by the refugee invasion in Europe, a freezing winter in America, another huge green fraud or a severe blackout in UK.

Suddenly all the one-world fellow travellers will be rejected.

Our job is to keep sowing the seeds of carbon sense.

The political assassination of Tony Abbott was not unexpected. Christopher Monckton predicated it in Brisbane in February 2015. (I was present at that meeting):

With Australia now controlled by the warmist clique of Turnbull. Bishop and Hunt it is even more urgent that they get this message, often, strongly and from everyone:

“Sign No binding Agreement in Paris
and put a ‘Get Out’ clause on anything proposed”.

This conference is NOT about climate or pollution – it is about world government and redistribution of national and private wealth and power to UN agencies:

For a glimpse of the Brave new World of Climate Conformity see:
http://www.breitbart.com/big-government/2015/09/28/climate-and-punishment/

And to end on a more hopeful note see:
http://news.nationalpost.com/full-comment/barbara-kay-ap-offers-a-victory-to-us-doubters-of-climate-change