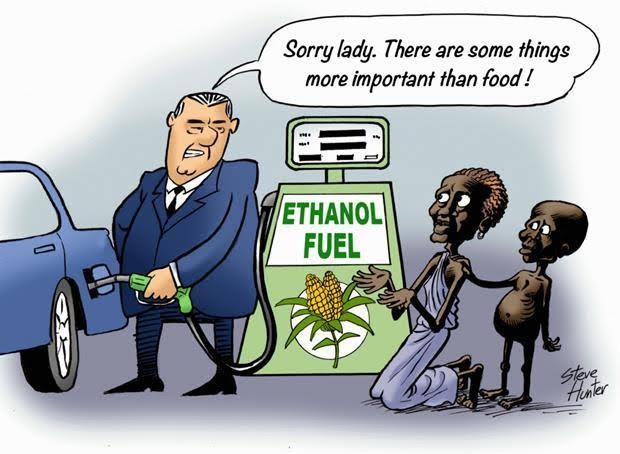 When I was young we lived on a small family farm at Wheatvale on the Darling Downs in Queensland.

Our farm supported our family of four, plus one or two farm-hands (young trustees from Palen Creek Prison Farm), 30 dairy cows, eight draught horses, two stock horses, two ponies, plus a few pigs and chooks. The farm grew native pasture, wheat, oats, sorghum, corn and made hay. Most of what we harvested was used to feed horses, cows, pigs and chooks.

Draught horses are huge eaters – they were big Clydesdales, tall and heavy, and need large quantities of fodder whether they are working or not. They are not ruminants like cattle and thus extract less energy from their fodder and need to process more of it. After everyone on the farm was fed, there was little surplus for others. We sold small quantities of milk and occasionally some grain, pigs and calves.

Green energy powered most activities on the farm. Dad and Mum milked the cows by hand and we all picked corn by hand or wielded pitch-forks to stack hay. Our horses pulled two ploughs, two cultivators, a set of harrows, planter, harvester, mower, hay-rake, wagon, dray and slide; kids walked to school or rode ponies or bicycles. We had an old reaper/binder in the shed and there were still some sulkies being used.

There were even some huge wood-burning steam-powered traction engines that drove stationary threshers used to separate grain from chaff.

Our emissions from hydro-carbon fuels were very low. We used a bit of kerosene in lamps for the house and lanterns for the dairy, and a few gallons of petrol in the old farm ute we drove to town every fortnight to buy groceries, boots, work clothes and unmentionables.

Milk from all farms was taken to the butter/cheese factory in cans on a milk truck. Nothing was wasted – the milk-man brought whey from cheese-making back to the farm and we fed the pigs on it. We used no coal-powered electricity, no phones and had no diesel or petrol-driven machinery such as tractors, trucks, generators, pumps, chain saws or quad bikes.

But we had lots of breathing, belching, farting farm animals eating carbon-bearing crops and emitting large quantities of the “greenhouse gases”, carbon dioxide and methane. However, the climate was much the same as now.

Most people lived and worked on farms, labour was abundant and cheap, food was expensive, and towns were much smaller. Our life was one of continual repetitive manual labour which produced minimal surplus for landless labourers who sometimes struggled to afford food.

This all changed after WW2, when we first felt the effects of the revolution in food production triggered by two brilliant Americans: Henry Ford, who flooded the world with cheap cars, trucks, utilities and Fordson tractors; and John D Rockefeller, whose Standard Oil flooded the world with cheap kerosene, petrol and lubricants for all those engines.

As a result, most of the horses and farm labourers were gradually made redundant by machines and they quietly disappeared from the farms.

Tractors use far less energy than horses – they do not have to be fed unless they are working. Even when working they used kerosene not grain and hay. Moreover, the tireless tractors could work day and night with bigger machinery, allowing more land to be cultivated when the weather was just right. Thus the coming of tractors allowed farms to produce and sell far more food to town dwellers. Farm exports grew and the relative price of food began a long decline; cities were fed better and urban populations grew.

Today, our farms produce even more cereals, dairy products, meats and fibres, but now power-seeking politicians are proposing that more farm produce must be consumed as ethanol by the hungry iron horses of today – millions of cars, trucks, tractors, bikes and stationary engines.

As recently as the year 2000, 90% of the huge US corn crop went into food for people and livestock; in 2013, 40% of an even bigger crop was consumed making biofuel. In many countries, the ethanol and biofuel madness has seen forests, food plantations and grasslands cleared and cultivated to make space for sterile monocultures of ethanol crops.

Farmers will use diesel fuel to cultivate, plant, irrigate, harvest and transport the ethanol crops, then distilleries use grid power to process and distil it, then oil companies use more diesel to collect, mix and distribute it – as a result the whole ethanol process probably saves NOTHING in energy or emissions.

It is amazing that even here in food-producing Queensland, the party of the workers is contemplating increasing the cost of putting food on the tables of the workers. This will occur if they cave to minority pressure to mandate a greater percentage of ethanol in motor fuels

This would ensure that more farm output will be converted to ethanol and burnt in cars, bikes, SUV’s, yachts and limos, and maybe even for the “going-green” US Navy when it visits.

An ethanol mandate pits plant farmers against animal farmers and consumers. It will ensure that every feedlot, piggery, chicken house and family farm will see a reduced supply of animal feed because some has been diverted to motor fuel. In rich countries, the “Ethanol Tax” will be paid at the breakfast table where the prices of cereals, milk, cream, sugar, syrup, treacle, molasses, bacon, eggs and steak will be higher than they would have been without ethanol distilleries. Poor countries will see the return of periodic famines and food riots when destitute people cannot afford to buy the more expensive imported food.

This ethanol madness threatens to take us back towards those hungry years before the kerosene-powered tractors arrived. But now they want the farms to feed not just their own horses, but also those pulling cars, buses, SUV’s, trucks, even battleships, for other people.

The ethanol mandate is the problem – the need for a mandate shows there is no real demand for it. It is a vote-catching exercise pandering to a few vocal politicians and a few vocal farmers. People who wish to use ethanol-laced fuels on climate, economic or religious grounds should be free to do so, but at their own cost.

There is no moral, scientific or economic justification for the law to enforce such foolishness.

The world is turning against biofuels:   http://www.cfact.org/2014/06/02/a-world-turning-against-biofuels/

The hungry horses are coming back, but now they live in upper-class stables in the cities.