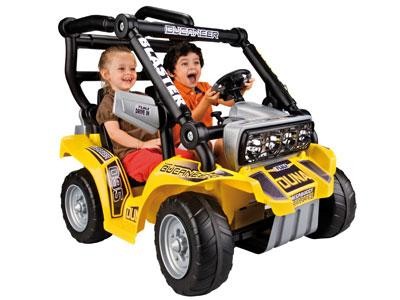 Tesla boss, Elon Musk (whose companies have received $4.9 billion in government subsidies for his electric cars) is now claiming that his batteries will allow solar energy to power the world: “You can basically make all electricity generation in the world renewable and basically solar …”

This is, at best, pure puffery.

Everyone who owns a car, truck, tractor, quad bike, bobcat, forklift or other mobile machine is hoping that the fortune being wasted on green energy may produce just one real benefit – better batteries. We want batteries that are cheap, light weight, charge quickly with no losses, last forever and store a large quantity of energy. Nothing close is on the market yet.

But better batteries will not make solar energy a competitive source of uninterrupted grid power.

The solar power received at any point on Earth’s surface varies continuously from zero at dawn, peaks at mid-day, and falls back to zero by dusk. It varies from summer to winter and can fall suddenly at any time if clouds, dust or snow obscure the sunlight.

On a clear cloudless day, solar energy can be collected at constantly varying rates over about ten sunny hours. To use solar alone to produce 24/7 steady grid power, batteries must supply power for the 14 hour shadow zone (which often covers peak demand) as well as smoothing the sunny zone.

Assuming no losses in the charging/discharging process and no clouds, solar energy plus batteries will deliver a steady supply of less than 20% of peak generating capacity over a 24 hour period. This means that over 80% of energy collected during any sunny window must be devoted to charging the batteries and is not available for immediate consumption.

However there are also cloudy days, sometimes several in a row. To cover this possibility many more batteries (and solar panels) will be needed for the same guaranteed steady output.

Better batteries can never change this.

Of course green enthusiasts will say: “We’ll charge the batteries using excess power from wind turbines and solar collectors when it’s available, and use the stored energy to smooth out the natural fluctuations.” This may work on the doodle pad of some green academic, but imagine the complications, costs and losses in all these AC/DC conversions, and the risks of grid failure when trying to meet power demand schedules by combining two variable, unreliable intermittent energy producers. And because of the dilute nature of solar/wind energy, huge areas of land must be blighted to collect significant quantities of energy.

If we had perfect batteries, it would be cheaper and simpler to use cheap base-load coal, nuclear, gas or hydro power to charge them, and then use the charged batteries – instead of expensive peaking generators – to handle peak power.

Or with perfect batteries, a householder could use off-peak power to charge his batteries and then use battery power at peak-price times. With widespread use, this could allow all electricity to be supplied cheaply from low-cost reliable base-load generators.

Better batteries are worth striving for, but they will never make solar energy grid-ready.

Here are some Solar Power Realities: