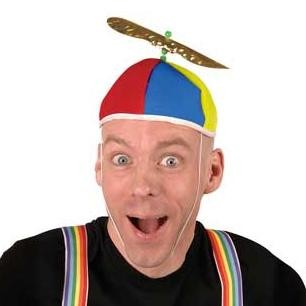 Modern industrial society commenced with the use of coal and oil to power factories, trains, ships and agriculture and to generate electricity. With abundant energy, prosperity increased, and people could save enough to support leisure, education, culture and environmental concerns.

But the dark greens have a dream to dismantle all this, and return society to the hunter/gatherer era.

In an unguarded moment Maurice Strong, a leader of the international green movement, said:

“Isn’t the only hope for the planet that the industrialised civilisations collapse? Isn’t it our responsibility to bring that about?”

The only alternatives to coal, oil and gas for stable, reliable and economical grid power are nuclear energy, and in favourable locations, hydro or geothermal.

Nuclear power could be one of our cheapest and safest energy sources. However greens have opposed and denigrated it for decades, and erected such bureaucratic and financial hurdles that it is seldom considered in most pampered western societies.

They are in favour of hydro, providing it does not disturb one fish or frog on their favourite river.

But they continually spruik the benefits of wind and solar power.

Wind/solar can be useful in some mobile or remote locations, and for some people with deep pockets who wish to become independent of the grid. But being totally unable to supply 24/7 grid power, they need reliable backup (or massive batteries) for about 75% of their rated capacity. Once we subtract the energy and resources needed to build and maintain the towers/panels, plus the roads and transmission lines, plus backup/batteries and then run it all intermittently, the whole-of-life net-contribution of wind/solar to energy supply or emission reduction is negligible or negative.

“It would be little short of disastrous for us to discover a source of clean, cheap, abundant energy, because of what we might do with it.”

Green energy policy promotes this dictum by supporting “Nothing that Works”.

The world focus on carbon dioxide is simply a useful tool in a much larger political agenda: