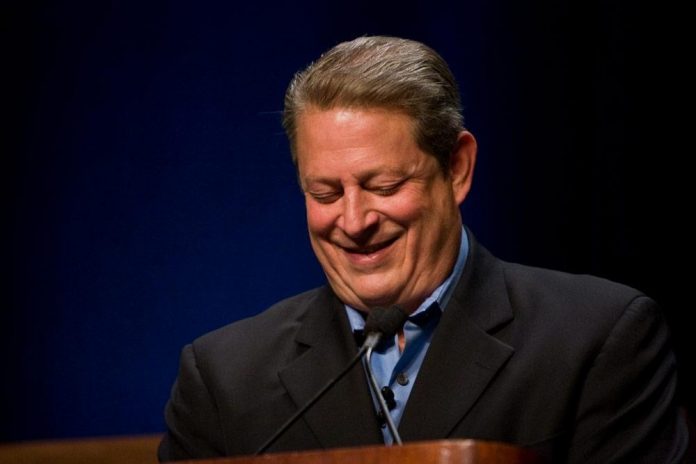 Most climate scientists accept that carbon dioxide in the atmosphere has some warming effect on Earth’s climate, but un-disputed science shows that its direct effect is tiny and declines dramatically as carbon dioxide levels rise.

The climate models produce scary warming forecasts by assuming “positive feedbacks”. This is the basis of their claims that man’s production of this harmless gas-of-life is pushing Earth towards an irreversible temperature tipping point.

But observations and science tell us there are also negative feedbacks. Heat produces evaporation, which puts more moisture into the atmosphere, which must produce more clouds, which reflect solar radiation and shade and cool the surface.

Evaporation also causes cooling of moist land and ocean surfaces, and transfers latent heat into the atmosphere where it has more chance of being radiated to space.

Then there are the wild cards. Climate can be affected by Earth’s albedo which depends on the cover of ice, snow, soot, vegetation and clouds; by volcanic eruptions and bushfires producing heat, dust and pollution; by cycles in sunspots, cosmic rays and planetary gravitational effects; or by the restless oceans with shifting currents and oscillations such as El Nino. The climate models have no chance of correctly forecasting the combined effect of all such variables for decades into the future.

They did not predict the global warming “pause” and they cannot tell when/if it will end.

However, climate history tells us that Earth has a natural ability to self-correct climate extremes. Unlike the models, whose feedbacks produce tipping points, Earth has never suffered a warm era or an ice age that lasted forever. In fact, the life-supporting warm periods have been comparatively short.

A group of researchers has recently uncovered a fatal flaw deep in the heart of every climate model. This is a feedback formula, which provides never-ending feed-back and runaway warming. The formula is borrowed from electronic circuitry and is not appropriate for complex dynamic systems such as Earth’s atmosphere.

The effect of this formula is dramatic – it multiplies the initial minor greenhouse warming by a factor of at least 3. This takes their forecast warming from a doubling of CO2 from an un-alarming 1? to a scorcher 3+?. It is why every one of the 73+ models runs hot.

For more information on this dramatic development see:
http://carbon-sense.com/wp-content/uploads/2015/02/simple-pr.pdf

This feedback mechanism in the climate models is the sole basis for the warming scare. That is now just baseless alarmism.

It is clear that most climate change is natural. Earth is on a natural climate see-saw and not approaching a man-made tipping point.

The climate will do whatever is written in the stars, no matter what politicians try to do to change it.

CLIVE PALMER GIVES GLADYS A JAB: WILL HE HAVE TO EAT...