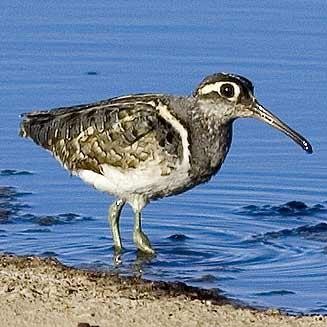 The surest way to find an “endangered” species is to declare a major development site, and something “threatened” will soon turn up.

So it is no surprise that the proposed expansion of Abbot Point, which has been shipping coal from Queensland for thirty years, has discovered the rare Australian painted snipe in a possible silt dumping site in adjacent swamps.

But we can save the snipe AND the Abbot Point wetlands by shifting the natural silt from port development further out to sea. That’s where rivers, creeks and ocean currents are taking it anyway.

And everyone knows we should not try to thwart nature – natural processes will dump it there eventually.