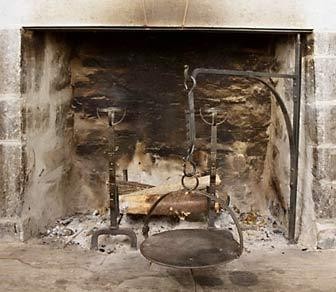 Three centuries ago, the world ran on green power. Wood was used for heating and cooking, charcoal for smelting and smithing, wind or water-power for pumps mills and ships, and whale oil for lamps. People and soldiers walked or rode horses, and millions of horses and oxen pulled ploughs, wagons, coaches and artillery.

But smoke from open fires choked cities, forests were stripped of trees, most of the crops went to feed draft animals, and streets were littered with horse manure. For many people, life was “nasty, brutish and short”.

Then the steam engine was developed, and later the internal combustion engine, electricity and refrigeration came along. Green power was replaced by coal and oil. Carbon energy powered factories, mills, pumps, ships, trains, and smelters; and cars, trucks and tractors replaced the work-horses. The result was a green revolution – forests began to regrow and vast areas of crop-land used for horse feed were released to produce food for humans. Poverty declined and population soared.

The solution was improved technology, sensible pollution-control laws and the supply of coal gas and coal-powered electricity to the cities. “Clean Coal by Wire” at the flick of a switch and “Piped Coal Energy” at the click of a gas-lighter, cleared the air. In some places use of hydro, geothermal and nuclear power also helped.

In recent years, however, affluent urban alarmists have declared war on the carbon dioxide produced by burning coal, oil and gas. They claim it is a pollutant and it causes dangerous global warming.

The pollutant claims are easy to refute.

The worst air pollution in the world today is the Asian smog.

Smog consists of ash particles, unburnt fuels and noxious gases produced by the inefficient combustion of anything, usually in open fires or obsolete boilers engines or smelters with no pollution control equipment. Wind-blown dust and volcanic ash add to the haze. Modern coal-fired power stations with efficient pollution controls do not release detectable particulates or noxious gases. They can help to clear the smog of Asian cities.

All gases in the atmosphere have an effect on global climate, usually a moderating one, reducing the intense heat of the midday sun and reducing the rate of cooling at night. But only in theoretical climate models does carbon dioxide drive global warming – real evidence contradicts them.

The unrelenting war on carbon fuels has far greater risks, with some zealots advocating “Zero Emissions”, while also, incredibly, opposing nuclear and hydro-power. They would take us all back to the BC Era (before coal).

Already urban environmentalists are polluting city air by burning wood and briquetted paper in stoves and home heaters; and trying to prevent millions in Asia and Africa from getting cleaner energy. Other misguided nations are clearing forests and transporting low-energy wood chips to burn in distant power stations. And the high costs of green energy are already forcing some poor people to burn old books and strip parks and forests for fire-wood.

In addition, crops that once fed people are now making “green” ethanol to fuel cars, and native forests are being cleared and burnt to make way for more fuel crops. Our modern iron “Horses” are eating the crops again.

The use of carbon fuels in the production, fertilising, transport and storage of food has been a major factor in allowing the world population to grow by several billions since the industrial revolution. If climate alarmists succeed in turning back the clock, food and energy will again become reserved for the rich and powerful, and billions of poor people will die of starvation or exposure.