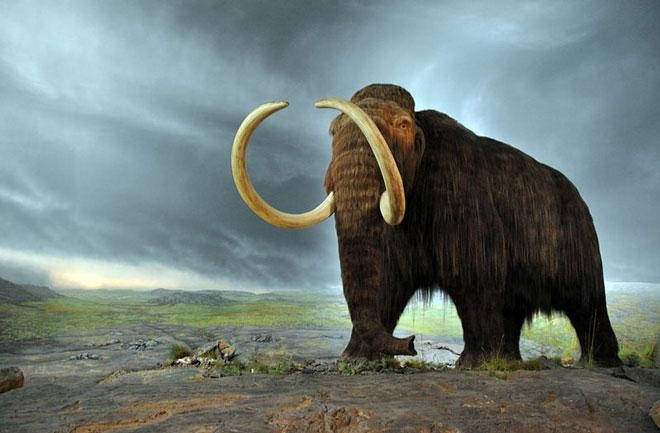 In the great Permian extinction, about 250 million years ago, about 95% of ocean dwellers and 70% of land dwellers disappeared. Many species of fish, corals, reptiles, insects and plants were eliminated. This was just one of five mass extinctions and there have also been over twenty smaller ones. Dinosaurs, which once dominated life on earth, disappeared as did mammoths and woolly rhinos.

These were dramatic extinctions, but many species are disappearing quietly all the time – beaten by a changing environment, volcanism, meteor impacts, aggressive predators or competition for food and living space. Earth’s inhabitants and its climate are always changing. Even now, we live in an era of recurring ice ages where life ebbs and flows as the ice comes and goes.

Probably over 95% of all species that have ever lived on earth are now extinct. It should not be surprising that many species now on earth are headed for the exit door.

The natural world is not a still life, where even the most fragile and ill-adapted creature is guaranteed a permanent spot on the canvas. Earth’s biosphere is a moving picture and every era has its dominant actor. Other species spend varying times on the stage, and then most of them disappear. All species can be threatened by natural Earth changes.

Humans are part of the natural world, and have survived so far because they have adapted to changing environments by using brains, hands, tools and natural resources.

Preservationists think that the human species should exert herculean efforts to preserve every dying species. Attempting to preserve environments of the past, they lock up land, sea and mineral resources, prohibit development and oppose water conservation. And now, in a vain attempt to preserve the climate of the recent past, they are crippling our energy supplies with futile mandates and taxes designed to force-feed “green energy”.

They should be free to engage in preservation activities at their own cost with their own property, but should not use governments to force our whole society down this risky road.

Our access to abundant, efficient, reliable energy is all that stands between us and widespread famine. If the “temperature pause” turns into global cooling, with less carbon dioxide plant food in the atmosphere, this danger will be multiplied.

We should not hasten our own demise with self-inflicted injuries.