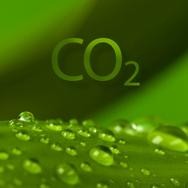 Nitrogen is the most abundant gas-of-life in the atmosphere (78%). It is an essential building block of amino acids present in all proteins. It is a very stable unreactive gas, but micro-organisms in the soil and some plants are able to extract nitrogen from the atmosphere, making it available to growing plants. Lightning also manages to oxidise some atmospheric nitrogen.

Oxygen is the second most abundant gas-of-life in the atmosphere (21%). Every animal absorbs oxygen with every breath, using it to fuel bodily digestion of the foods they eat. This process builds bodies and provides the energy of muscles. In the great oxygen cycle, plants extract oxygen from carbon dioxide and exhale it to the atmosphere for animals to breathe.

Water vapour is the third most abundant gas-of-life in the atmosphere (varies up to 5%). Water vapour is part of the great water cycle where water is evaporated into the atmosphere from salty seas, surface water and plants. Rain and snow return it to the surface supply of fresh water. No animals, plants or sea creatures could exist without water.

Water vapour is the most effective “greenhouse gas” in the atmosphere with far more effect than carbon dioxide. It reduces incoming solar radiation by day, and reduces surface cooling at night. Water is also a global temperature stabiliser – heat is transferred from oceans and land as latent heat by evaporation, forming clouds that often cool the surface.

None of these natural gases is toxic to life under any feasible atmospheric conditions, but all can be toxic above certain levels. For carbon dioxide, toxic effects on humans don’t even begin until it is fifty times the present atmospheric level – our exhaled breath is 100 times current levels in the atmosphere.

No thinking person could class any of them as an atmospheric pollutant – they are all naturally occurring, non-toxic, essential “Gases of Life”. Together they make up 95% of the human body, which is effectively 68% carbon dioxide – if carbon dioxide is a pollutant, the human body is badly polluted.