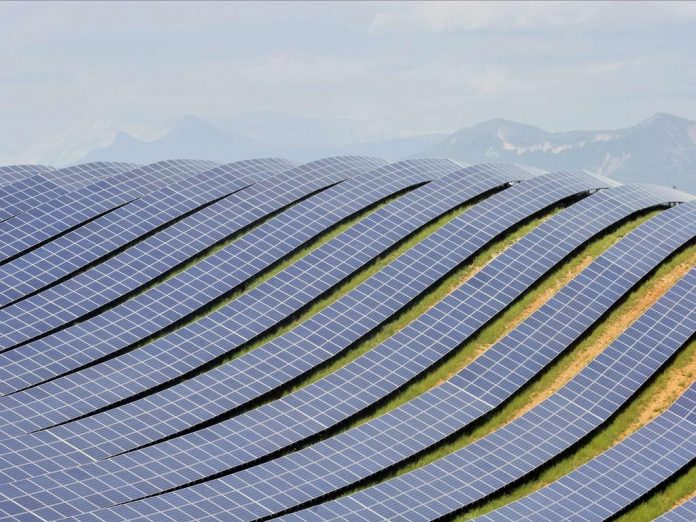 The sun is the most important energy source on Earth. It provides our daily warmth and light and the rotation and orbit of the earth turn its steady output into fluctuating day and night, summer and winter. Solar energy powers the growth of all trees, grasses, herbs, crops and algae; it creates the clouds and powers the storms; it is the source of all hydro, photo-voltaic (PV), solar-thermal, bio-mass and wind energy; and, over geological time, it also creates coal.

PV solar panels can directly harvest solar energy. They are useful in remote locations, for some portable applications and, with enough panels and batteries, stand-alone solar can even power homes.

Firstly, sunshine at any spot is always intermittent and often unreliable. Solar panels can only deliver significant energy from 9am to 3pm – a maximum of 25% of each day. Solar can often help supply the hot afternoon demand for air conditioning, but demand for electricity generally peaks at about 6.30pm, when production from solar is usually zero.

Secondly, to be a stand-alone energy supplier, PV solar needs batteries to cover those times when solar is not producing – about 75% of the time under ideal cloudless skies. To charge the batteries for continuous power, while also supplying usable power, a solar plant can only deliver a theoretical maximum of 25% of its day-time capacity.

The chance of cloudy days will greatly increase the battery storage needed, and the generating capacity absorbed in charging the batteries. Currently, only pumped hydro storage could possibly supply the storage capacity needed and then only at massive cost, in a few suitable locations.

Thirdly, solar energy is very dilute, so huge areas of land are needed to collect industrial quantities of energy.

If it were possible to anchor a solar collector one meter square at the top of the atmosphere, aligned continuously to face the sun, and never shadowed by the earth or the moon, it would receive solar energy at the rate of 1,366 Watts per square metre (W/m2) – that would power 13 light bulbs each using 100 watts.

If that panel were located on the surface, at the equator, under clear skies, aligned continuously to face the sun, and never shaded by the earth or the moon, solar energy dissipated by the atmosphere would reduce energy received to 1,000 watts.

In the real rotating world, where sunshine only reaches usable intensity for about 25% of the time, the best located panel would have a capacity factor of about 17% – it would receive 170 watts of energy – not quite 2 light bulbs.

PV solar panels convert solar energy to electrical energy at an efficiency factor of about 15%. Thus our panel, at the equator, year round, should deliver 25.5 watts of electrical energy – one very dim light bulb.

Away from the equator, solar energy hits the Earth’s surface at an angle, thus delivering less energy per panel.

Shift that panel to Melbourne, add clouds, shading, urban air pollution and dirt on the panels, and fix it to a sloping roof often aligned poorly to collect sunshine, and it is time to start the diesel generator in the car port.

It is sensible to use unused space like roofs for solar collectors but such fragmented facilities will never match a compact well-designed solar plant in construction, maintenance and cleaning costs or go close in achieving the correct panel orientation.

Most people underestimate the land needed for significant solar collectors. In a learned paper published in 2013, Graham Palmer has produced a credible calculation that it would need a square with 31 km sides, completely filled with PV panels, to collect energy equivalent to Australia’s annual electricity requirements.

Also, to charge batteries to maintain steady supply from a stand-alone solar facility would require at least four times this area – imagine 3,844 square kilometres of collectors, even if suitable battery technology was available.

In addition, PV panels start to degrade in rain, hail and sunshine from the day they are installed, some panels losing significant capacity in as little as three years. And unless washed regularly, dust and bird poop degrades their performance even quicker. All those sparkies checking panel performance and all those cleaning ladies with mops need access roads – this greatly increases the area needed for industrial solar installations.

The fourth fatal flaw of solar energy is the pernicious effect of the dramatic fluctuations in supply on the reliable and essential parts of the grid. When solar electricity floods the network around mid-day, the back-up stations have to throttle back, all the stations needed for stability and backup have their profits reduced, and some may be forced to close, making the network even more fragile and prone to blackouts. Then if a cloud floats across the sky, the backups have to re-start swiftly.

Fifthly, large-scale solar power will create environmental damage over large areas of land. Solar collectors may only manage to convert about 10% of the sun’s energy into electricity, the rest being reflected or converted into local heating. But the whole solar spectrum is blocked, thus robbing 100% of the life-giving sunshine from the ground underneath, creating a man-made solar desert. For solar-thermal, where mirrors focus intense solar heat to generate steam, birds that fly through the heat beams get fried. Why would true environmentalists support industrial-scale solar energy collection?

All consumers should be free to use solar energy in their own way at their own cost. But these five fatal flaws mean that collecting solar energy will never play more than a minor and very expensive role in supplying grid power.

Desertec, the utopian US$560 billion project designed to cover 16,800 square km of the Sahara Desert with solar panels, and then export electricity 1,600 km to Europe, has collapsed.

The latest “Desertec Idea” is “solar roads” where highways are paved with solar panels. Imagine the construction and maintenance costs, the length of transmission lines, and the problems of shading and abrasion by traffic, the hazards of cleaning and the random non-ideal orientation of the panels.

Not with my money thanks.