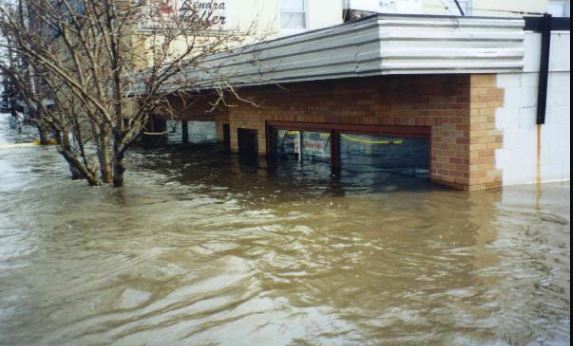 Natural flood plains form where floods spread silt and mud in river valleys. Being flat, fertile, picturesque and usually supplied with surface and underground water, they attract farms, orchards and gardens. These are inevitably followed by roads, houses and businesses.

Despite the all the planners with their rules, the pressure of people plus a bit of corruption has always resulted in population clustering on fertile flood plains and deltas beside scenic rivers. There is no point trying to stop or reverse this tide of history but those who choose to build on flood plains must bear the costs of the occasional flood.

Community groups will always help those stricken by floods but taxpayers and insurers should not be forced to subsidise the insurance and damage costs for those who choose to live in risky places – their choice, their risk, their cost. Naturally insurance for flood-prone property will be expensive or not available – a clear message for those with ears to hear.

There are few risk-free home sites. Those who build in thick bush or neglect cool-season burn-offs will inevitably suffer from bushfires; those who build on flood plains will be flooded; those who locate near fault zones will be shaken by earthquakes; those who build near the sea risk cyclones, giant waves and tsunamis; and those who farm the rich volcanic soil near “dormant” volcanoes risk burial under ash and lava.

The old railway engineers soon learned to build above most flood levels wherever possible. So a useful rule is: don’t build essential infrastructure below the railway lines.

If you choose to locate on a flood plain, be prepared to pay higher insurance costs. And if you build your house there, build it on stilts:
https://saltbushclub.com/wp-content/uploads/2021/03/queenslander.jpg

Rather than wasting billions on futile efforts to change global climate, governments should spend those billions on flood-proofing their railways, bridges, roads and electricity supply.

And they should build more dams and weirs to conserve water and moderate floods.

This article first appeared at saltbush.com