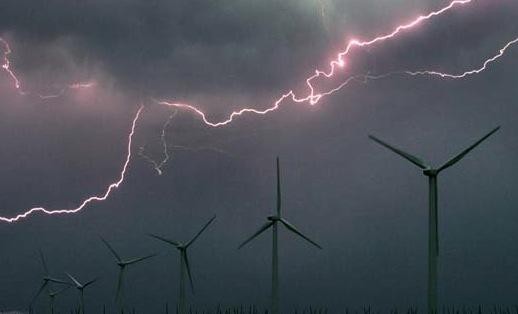 Wind energy produces costly, intermittent, unpredictable electricity. But Government subsidies and mandates have encouraged a massive gamble on wind investments in Australia – over $7 billion has already been spent and another $30 billion is proposed. This expenditure is justified by the claim that by using wind energy there will be less carbon dioxide emitted to the atmosphere which will help to prevent dangerous global warming.

Incredibly, this claim is not supported by any credible cost-benefit analysis – a searching enquiry is well overdue. Here is a summary of things that should be included in the analysis.

However, let’s assume that reducing man’s production of carbon dioxide is a sensible goal and consider whether wind power is likely to achieve it. To do this we need to look at the whole life cycle of a wind tower.

Wind turbines are not just big simple windmills – they are massive complex machines whose manufacture and construction consume much energy and many expensive materials.  These include steel for the tower, concrete for the footings, fibre glass for the nacelle, rare metals for the electro-magnets, steel and copper for the machinery, high quality lubricating oils for the gears, fibre glass or aluminium for the blades, titanium and other materials for weather-proof paints, copper, aluminium and steel for the transmission lines and support towers, and gravel for the access roads.

There is a long production chain for each of these materials. Mining and mineral extraction rely on diesel power for mobile equipment and electrical power for haulage, hoisting, crushing, grinding, milling, smelting, refining. These processes need 24/7 reliable electric power which, in Australia, is most likely to come from coal.

These raw materials then have to be transported to many specialised manufacturing plants, again using large quantities of energy, generating more carbon dioxide.

Then comes the construction phase, starting with building a network of access roads, clearance of transmission routes, and excavation of the massive footings for the towers. Almost all of this energy will come from diesel fuel, with increased production of carbon dioxide. Moreover, every bit of land cleared results in the production of carbon dioxide as the plant material dozed out of the way rots or is burnt, and the exposed soil loses its humus to oxidation.

Once the turbine starts operating, the many towers, transmission lines and access roads need more maintenance and repair than a traditional power plant that produces concentrated energy from one small plot of land using a small number of huge, well-tested, well protected machines. Turbines usually operate in windy, exposed, isolated locations. Blades need to be cleaned using large specialised cranes; towers and machinery need regular inspection and maintenance; and mobile equipment and manpower needs to be on standby for lightning strikes, fires or accidents. All of these activities require diesel powered equipment which produces more carbon dioxide.

Even when they do produce energy, wind towers often produce it at time when demand is low – at night for example. There is no benefit in this unwanted production, but it is usually counted as saving carbon fuels.

Every wind farm also needs backup power to cover the +65% of wind generating capacity that is lost because the wind is not blowing, or blowing such a gale that the turbines have to shut down.

In Australia, most backup is provided by coal or gas plants which are forced to operate intermittently to offset the erratic winds. Coal plants and many gas plants cannot switch on and off quickly but must maintain steam pressure and “spinning reserve” in order to swing in quickly when the fickle wind drops. This causes grid instability and increases the carbon dioxide produced per unit of electricity. This waste should be debited to the wind farm that caused it.

Wind turbines also consume energy from the grid when they are idle – for lubrication, heating, cooling, lights, metering, hydraulic brakes, energising the electro-magnets, even to keep the blades turning lazily (to prevent warping) and to maintain line voltage when there is no wind. A one-month study of the Wonthaggi wind farm in Australia found that the facility consumed more electricity than it produced for 16% of the period studied. A detailed study in USA showed that 8.3% of total wind energy produced was consumed by the towers themselves. This is not usually counted in the carbon equation.

The service life of wind towers is far shorter than traditional power plants. Already many European wind farms have reached the end of their life and contractors are now gearing up for a new boom in the wind farm demolition and scrap removal business. This phase is likely to pose dangers for the environment and require much diesel powered equipment producing yet more carbon dioxide.

Most estimates of carbon dioxide “saved” by using wind power look solely at the carbon dioxide that would be produced by a coal-fired station producing the rated capacity of the wind turbine. They generally ignore all the other ways in which wind power increases carbon energy usage, and they ignore the fact that wind farms seldom produce name-plate capacity.

When all the above factors are taken into account over the life of the wind turbine, only a very few turbines in good wind locations are likely to save any carbon dioxide. Most will be either break-even or carbon-negative – the massive investment in wind may achieve zero climate “benefits” at great cost.

Entrepreneurs or consumers who choose wind power should be free to do so but taxpayers and electricity consumers should not be forced to subsidise their choices for questionable reasons. People who claim climate sainthood for wind energy should be required to prove this by detailed life-of-project analysis before getting legislative support and subsidies.

Otherwise we are just blowing our dollars in the wind.

WHO KILLED THE KENNEDYS? PART 4