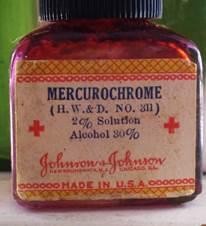 The environmental debate today is so corrupted by politics and propaganda that facts are too often distorted, and exaggeration of risk is commonplace.

The vicious war on hydro-carbon fuels is a good example where certain substances are labelled “poison” or “pollution” when associated with coal utilisation, but blithely ignored in other areas.

For example, climate alarmists have labelled carbon dioxide produced by carbon fuels as a “pollutant” and the US Supreme Court even declared it to be so. But that ignores the simple truth that 100 times more carbon dioxide exists in the lungs of every animal on earth than in the air; it is an ingredient in beer, bread and champagne; it is essential nutrition for all plant life on earth; and this plant life supports all animal life – hardly a pollutant.

With their “CO2 pollution” propaganda failing, alarmists are now accusing coal of filling the air with mercury “poison”, which sounds really scary. Their aim now is to use supposed mercury dangers to force the closure of more coal-fired power stations. This is just another aspect of the war on carbon fuels – they want to kill coal by fair means or foul.

However if tiny traces of mercury are so dangerous, why do millions of people allow dentists to put silver amalgam (with 50% mercury) in their teeth? And why does the EPA ignore all the mercury waste that dentists flush down their sinks every day?

And why does the US FDA allow mercury compounds to be used in flu vaccines? And the people attacking the minute amount of mercury in coal are the same people promoting dangerous mercury-laden compact fluorescent lights.

Traces of mercury occur widely in rocks and minerals and it gets taken up in minute amounts by plants, water and animals living near those sources. When those plants form coal, tiny traces of mercury may be there too. In rare places the mercury content of rocks is so high that dangerous quantities may get into nearby plants and sea life. In other places, bushfires release more mercury to the atmosphere than coal-fired power stations. Mercury has been circulating in the biosphere for far longer than man has been burning coal. Whether it is poison or harmless depends on the dose.

Humans have long used mercury and its compounds, sometimes at far greater risk than today. The term “mad as a hatter” arose over 100 years ago from symptoms suffered by felt hat makers handling mercuric nitrate while making felt hats from animal fur.

Ladies once used cinnabar, a bright red natural ore of mercury, as a cosmetic and mercuro-chrome was once widely-used to combat infection and scarring in wounds.

Perhaps the worst recent mercury incident occurred 50 years ago at Minamata Bay in Japan which was contaminated by mercury in waste from a plastics factory. Local residents were badly affected after eating contaminated shellfish from the bay.

Another incident in New Zealand, initially blamed on run-off from an old gold mine, involved mercury contamination of coastal fish. Then it was remembered that there was a fish of that type in the museum that had been caught before gold was discovered. This fish also had mercury. It was then found that the rock/soil near the sea contained higher than normal mercury and this was probably the source for the mercury in the fish.

More recently, many light-houses turned on a bath of mercury and there are millions of mercury-filled thermometers and electrical switches still in use.

Nothing in Life is Free of Risk

Every activity in life involves risks. Every person must balance those risks and rewards sensibly.

So, let us take care with mercury, but let’s not lose track of where our biggest risks occur. Every human faces risks every day just staying alive. But emissions from modern pollution-controlled power stations using washed coal are not one of our major health hazards, especially where Australian coals are being used because their content of mercury is so extremely low. For many people in the world, lack of electricity, starvation, drought, floods and death from exposure pose far greater dangers than the imagined risk from miniscule traces of mercury occurring naturally in all plant and animal material, including coal.

For those worried about possible over-consumption of mercury, another trace metal, selenium, provides natural protection. Today, the real health problem is more often a deficiency of selenium in the diet.