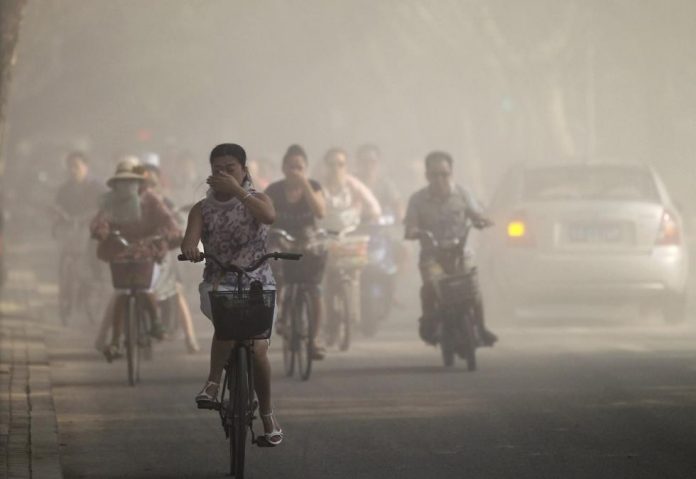 A month ago an arsonist lit a bush-fire that spread into the Morwell open cut coal mine in Victoria. Residents of the nearby town lived for weeks in choking polluted air.

Asian smogs have a few special features – yellow dust from the massive Gobi Desert, fine ash and toxic fumes from dozens of volcanoes in Indonesia, funeral pyres along the Ganges, smoky mosquito fires and forest-clearing fires, millions of wood and dung cooking fires, hundreds of out-of-control coal-seam fires in China and India, and obsolete “back-yard” boilers and furnaces from the Mao era. In large Asian cities, pollution is multiplied by unburnt fuel and particulates spewing from old engines in millions of cars, trucks and motorbikes that clog the roads.

The fumes from open fires and dirty engines often contain soot, fine ash, unburnt hydrocarbons and oxides of sulphur and nitrogen. This is the pollution everyone can see and smell. Notice that NONE of this real pollution is caused by invisible, life supporting, non-toxic carbon dioxide which, along with nitrogen and water vapour, are the main exhaust gases from well-designed boilers burning clean coal in modern power stations with the latest pollution controls.

The western world has gone through its “city smog” phase of development. Places like London (“the Big Smoke”) and Pittsburgh (“Steel City”) solved their pea soups many decades ago by outlawing the burning of dirty coal in open fires and stoves, by cleaning up industrial smelters and by providing urban heat, light and energy using piped coal gas and modern magic – pollution-free electricity from distant coal-fired power stations with modern pollution controls.