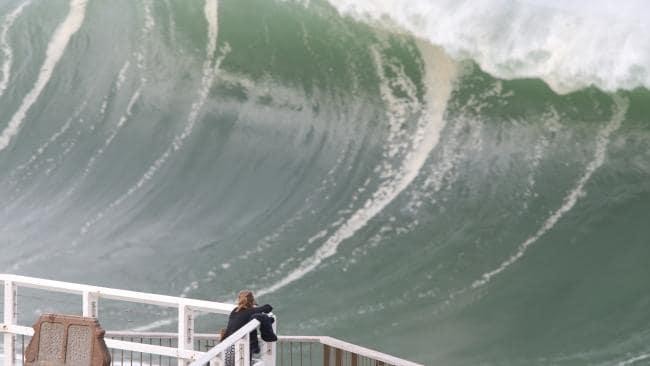 The climate alarm media, the bureaucracy and the Green Energy industry follow an agenda which is served by inflating any short-term weather event into a climate calamity. They should take a long-term view.

Earth’s climate is never still – it is always changing, with long-term trends, medium-term reversals and minor oscillations. Humanity is best served by those who use good science to study geology, astronomy and climate history searching for clues to climate drivers and the underlying natural cycles and trends hidden in short-term weather fluctuations.

For the last 10,000 years Earth has basked in the Holocene Interglacial which is the latest of many warm cycles within the Pleistocene Ice Age. There are small warm and cool cycles within the Holocene. Today we enjoy the Modern Warm Cycle (which started about calendar 1900) following the Little Ice Age which bottomed in about 1750.

What does the future hold? The past gives clues to the future.

In every warm era, glaciers retreat, ice sheets melt and sea levels rise. Coastal land, ports and settlements are lost under the rising seas but tundra, grasslands and forests expand. Some corals manage to grow as fast as the seas rise, but others are drowned in deep water. The warmth drives more carbon dioxide from the seas, plants thrive, deserts shrink and humans are well fed.

As Earth enters a cold era, not all of the winter snow melts over summer. The extra snow reflects more solar radiation, leading to even colder winters. The snow-line and the tree-line fluctuate lower, mountain passes are closed, and advancing glaciers threaten mountain villages.

This has happened many times before and will probably happen again.

But there are clues to the next big phase for Earth’s climate.

Earth has two natural global thermometers which can reveal short and long term trends – the advance and retreat of glaciers, and the rise and fall of sea level.

If glaciers are growing and ice sheets are advancing and getting thicker, it indicates that average global temperature is falling.

Glaciologists have drilled and analysed many of today’s glaciers. They have been surprised to discover that, outside of Antarctica and Greenland, no glacial ice older than 4,000 years has been found. For example, the Fremont Glacier in Wyoming half-way towards the Equator is only a few hundred years old.

Naturally some of these new glaciers can show melting and retreat during long spells of warm weather, but the mere existence of glaciers today where none existed at the peak of the Holocene warming over 3,000 years ago confirms what other studies show – Earth is gradually cooling towards the next Glacial Cycle 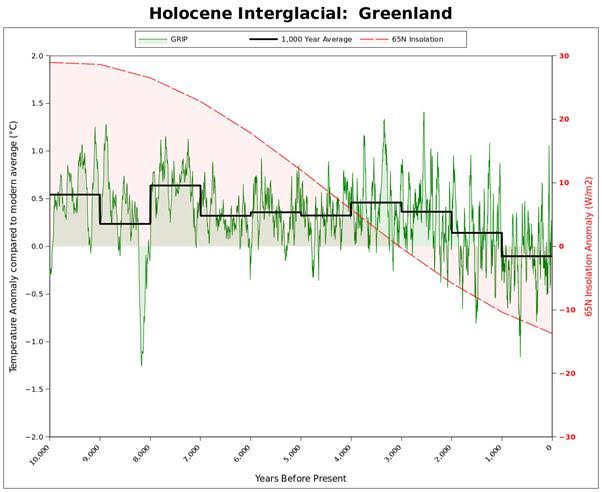 The second natural thermometer is the changing sea level caused by fluctuations in the volume of ice and snow trapped on land, and by the expansion or contraction in the volume of sea water as it warms or cools. Coastal and near-shore locations show much evidence of past and recent sea level changes. In warm eras, glaciers and ice sheets melt, sea water expands, sea levels rise and offshore coral reefs become submerged and drown. Then as peak warming is passed, ice starts to accumulate on land, cooling sea water contracts and sea levels fall.

Even a moderate cooling event such as the Little Ice Age was sufficient to cause lowering of sea level and stranding of port cities and beaches. 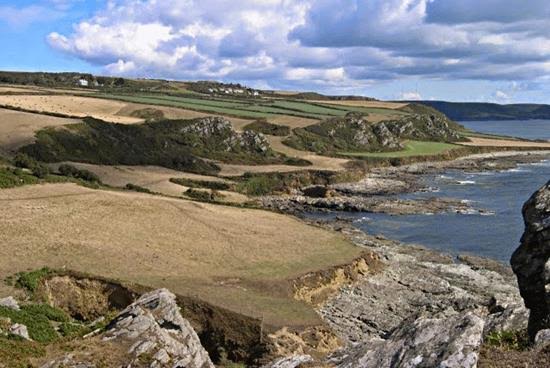 Earth’s natural thermometers are now flashing an amber warning. The long-term trends point to growing glaciers and falling sea level. These warn us that the warm moist bountiful Holocene Era is past its peak. The next chapter in Earth’s History will be a long, hungry, ice-bound era. Only humans who are good at hunting and gathering or have easy access to nuclear power or carbon energy will survive.

People who try to create a “Climate Crisis” out of extreme weather events or short-term climate fluctuations (such as today’s Modern Warm Cycle) are like Lord Nelson – their telescope is applied to the blind eye. They point to the choppy waves from summer storms behind the ship, but fail to see the blizzard approaching on the horizon ahead. 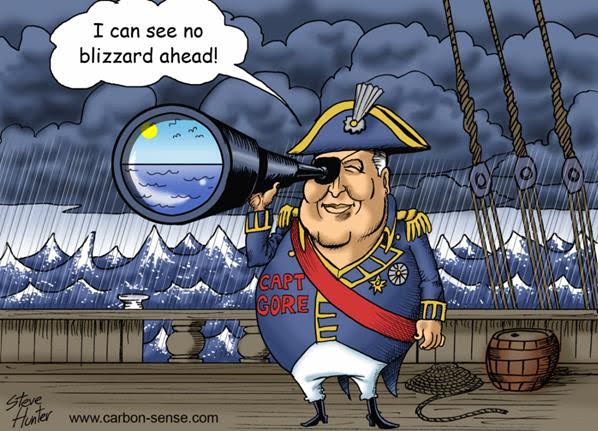 Al Gore was right in one thing – warm cycles coincide with high levels of carbon dioxide in the atmosphere. The warmth drove CO2 into the atmosphere, and then the cooling oceans removed it again. Carbon dioxide variations are the result, not the cause, of climate changes.

But never once, over eleven warm cycles covering the last million years, have those high levels of atmospheric carbon dioxide prevented the next glacial cycle.

Trying to remove or limit atmospheric carbon dioxide is a futile and costly gesture. Even if it were to succeed, by removing plant food from the atmosphere, it would increase the misery of the approaching cold, hungry era.

We may still have warm decades or even centuries ahead. But even when there is a heatwave in autumn, the winter still comes.