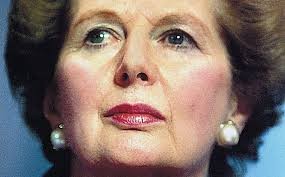 Some climate doomsters take comfort in the fact that Margaret Thatcher was an early believer in man-made global warming.

It is true that in 1988, Margaret Thatcher was one of the first to speak publicly about the dangers of man-made global warming. Like so many other politicians she had been conned by a bureaucrat, Sir Crispin Tickell, whose first contribution to the climate debate was a book in 1977 warning that the globe was cooling. When we got a decade of global warming instead of his forecast cooling, he switched to become an ardent warmist and managed to plant the idea of doomsday warming in Thatcher’s ear.

Like many politicians, Thatcher was alert to the use of any bit of fear-mongering to help her pet agendas.

Thatcher saw the Britain she loved being held to ransom by the powerful Soviet-loving, strike-happy National Union of Mineworkers. She became determined to break their control of Britain’s major energy supply. She saw nuclear power as a useful option to reduce the over-dependence on coal; and climate alarmism as a useful tool to mobilise public opinion against coal (and the unions).

She had no idea what a monster she was unleashing, and lived to regret supporting what became a pointless costly war on carbon fuels.

Thatcher was a scientist and later realised that man-made climate alarm had no real basis and was just a front for promotion of world government. Writing in 2003 she totally rejected the whole warmist argument.

So the doomsters cannot take comfort from the fact that Margaret Thatcher was a warmist, because, in one of her few about-turns, she also became and remained, one of the early sceptics.

IS THAT SECRETARY OF STATE MIKE POMPEO IN ITALY MAKING ARRESTS?