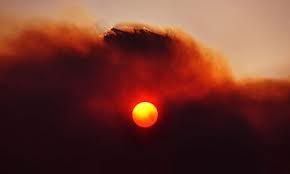 No doubt we will hear how the current heatwaves in Australia are “unprecedented” and evidence of dangerous man-made global warming.

They are neither “global” nor “unprecedented”.

In the great heatwave of 1896, the temperature at Bourke did not fall below 45.6 degC for six weeks, and the maximum was 53.3 degC. Bushfires raged throughout NSW and 66 people perished in the heat.

Why don’t we hear of these severe heatwaves from the past? Simple – the government Bureau of Meteorology conveniently ignores all temperature records before 1910.

However, that does not excuse our media for neglecting the written records such as these preserved in newspapers of the past.

Could it be that both the BOM and some of the media are still trying to preserve the ailing global warming scare?