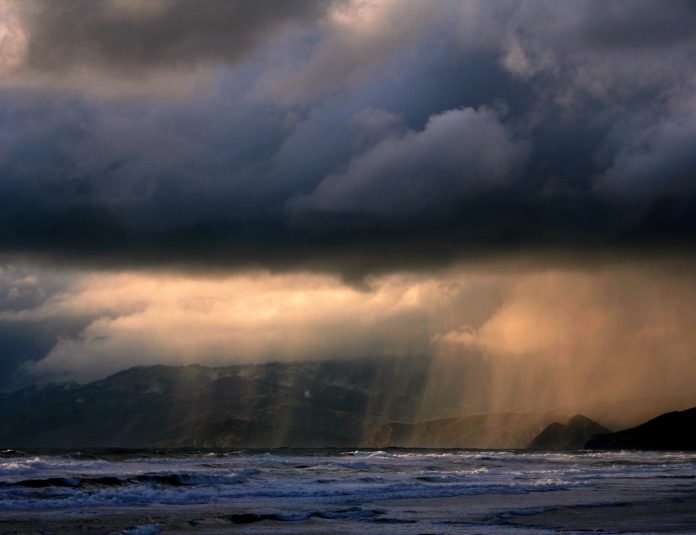 The climatists claim that atmospheric carbon dioxide drives global warming. But the past seventeen years of rising CO2 without rising global temperatures shows this to be untrue.

So now they say that carbon dioxide causes wild weather. This too is untrue.

Water covers over 70% of the globe, is about 50 times more abundant than CO2 in the atmosphere and it is a far more effective “greenhouse gas”.

There can be no rain, snow, hail, ice or floods without water. And the absence of water produces deserts and droughts.

It is water vapour that maintains the energy of storms, cyclones, hurricanes and typhoons.

And it is water, not carbon dioxide, which plays a crucial role in the feared climate tipping points.

Secondly, the moist warm air rises, cooling as it expands in the lower atmospheric pressure. Eventually this cooling air releases its moisture as rain, hail or snow which cools the surface on which it falls, and then cools it more by renewing evaporative cooling. Or the extra moisture forms clouds that shade the surface and also reflect solar radiation.

Thirdly, the moisture in the air releases its latent heat when it condenses high in the atmosphere. Much of this surface heat then gets radiated to space.

Water, however, can magnify any cooling trends. A covering of snow and ice quickly reflects more incoming solar radiation, thus increasing the initial cooling. Not even the feeble warming effect of carbon dioxide will prevent this. In fact, when oceans cool, they dissolve more carbon dioxide thus reducing the ability of the atmosphere to retain atmospheric warmth. Ice ages are precipitated once winter snow is not melted by summer sun. They have never been prevented by high carbon dioxide levels in ancient atmospheres.

These are all proven processes, not theories in computer climate models.

It is water in all its forms, not carbon dioxide, that is the heavy-hitter in all weather processes.

Carbon dioxide is the side-show.