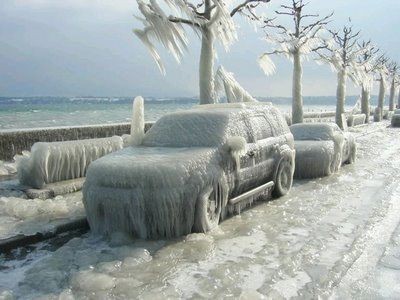 When Britain suffers a heat wave, it is trumpeted as evidence that human industry is causing dangerous global warming. Similarly, another drought in Somalia, another typhoon in China, another flood in the Mississippi or another bushfire in Australia will all be blamed on our growing use of carbon fuels.

But records show that none of these events are unusual and there is no measurable evidence linking any of them to increasing carbon dioxide in the atmosphere.

They cannot even be blamed on rising global temperature because that has not risen for 15 years.

Maybe that is why the increasing ice at both poles is not mentioned on the ABC news, why Al Gore does not mention the record early snow in South Dakota, and Tim Flannery does not reveal the ominously early start to the sixth cold winter in central Europe.

It appears that the warmists and their media mates have developed selective snow blindness – “We see nothing cold – therefore there is no cooling”.