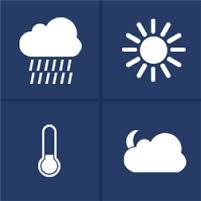 If two things vary in parallel, that is a positive correlation. But it does not prove that one causes the other.

For example, wet roads always occur when it rains. But wet roads do not cause rain.

Firstly, no exceptions – roads must get wet every time it rains. They do.

Secondly, the cause must always come before the effect. Rain always comes before wet roads (apart from snow, floods, burst water-mains etc).

Thirdly, we need a credible explanation of the mechanism. We have it – rain is composed of falling drops of water, and the water wets the road.

The three conditions are satisfied – therefore rain does cause wet roads. The theory becomes a law.

Secondly, ice core data show that temperature turning points occur long before reversals in atmospheric CO2content. This evidence suggests that global temperature may control the CO2 carbon dioxide content of the atmosphere, rather than the reverse. And there is a proven mechanism to explain that – warming oceans expel CO2and cooling oceans absorb it.

Thirdly, although the mechanism of carbon dioxide warming exists, it is progressively less effective as CO2 levels rise.

It is clear that CO2 fails all tests as the controller of global temperatures. Other factors such as solar cycles, clouds and oceans have much bigger impact.

Thus the carbon dioxide theory of global warming is a carbon tax con-job.