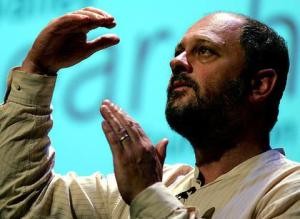 The new Australian government inherited a costly and cumbersome climate bureaucracy. They seem unsure how to eliminate it.

On the one hand they acted decisively, stormed “Flannery Castle”, and eliminated the Climate Commission.

But just across the moat, they baulked at storming the other citadels, applying instead the death by 1000 cuts – a prolonged siege. They will collapse 33 climate change schemes run by seven departments and eight agencies into three bodies run by two departments. They must hope these holdouts will die slowly from funds starvation or boredom.

The gradualist approach, however, is doomed to failure. Have you ever tried to pull a tooth slowly?

Every attempt to remove funds or people from the Climate Concentration Camps will be met by the same shrieking from the same people. And before much is achieved it will be election time again and, to quell the shrieking, all talk of cuts or dismissals will stop.

Gradualism means we will be stuck with the dead weight of the climate bureaucracy for years.