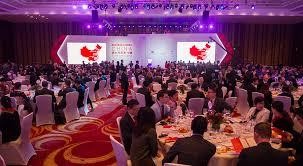 The climate catastrophists in the UN and Australia’s Climate Council claim that man-made global warming will hurt tourism.

However tourists in planes, ships, buses, trains and cars all contribute mightily to man-made CO2.

If the catastrophists believed their own scare-stories they would advocate bans on all government promotion and advertising of tourism expos and games, abandon the multitude of tax-funded climate conferences in exotic locations, and veto all government-funded “study tours” by academics, politicians and bureaucrats.