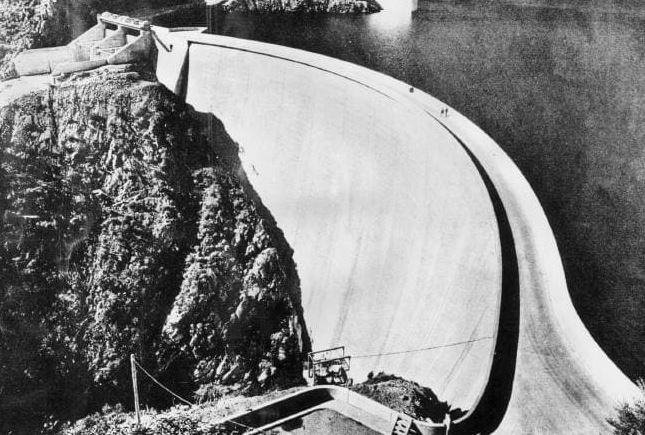 The End of Sensible Dam Policies

Water conservation peaked in Australia in 1972 – our last big dam was Wivenhoe in Queensland built 35 years ago.

Elsewhere in Australia, water conservation virtually stopped when Don Dunstan halted the building of Chowilla Dam on the Murray in 1970 and Bob Brown’s Greens halted the Franklin Dam in 1983 (and almost every other dam proposal since then).

The Darling River water management disaster shows that we now risk desperate water shortages because our population and water needs have more than doubled, and much of our stored water has been sold off or released to “the environment”.

However, we regularly see floods of water being shed by the Great Dividing Range, most of it ending up in the Pacific Ocean, while somewhere to the west of that watershed is in severe drought. Then, under what should be called “The Flannery Plan for Water Conservation”, after letting flood waters run into the sea, they build squillion-dollar desalination plants to get water back from the sea.

We Have the Technology to Fix This

Our ancestors had the prudence and the will to build great assets like the Tasmanian and Snowy hydro schemes, Lake Argyle, Fairbairn Dam and the Perth to Kalgoorlie water pipeline? What are we building for our children?

Our engineers know how to lay large pipelines over hundreds of km to export natural gas, and bore road and rail tunnels through mountains and under cities and harbours.

But we cannot find the funds or the courage to build a couple of dams on the rainy side of the Great Divide somewhere between the Ross River at Townsville and the Clarence River at Grafton and some pumps, tunnels and pipes to use and release it into the thirsty Darling River basin.

Someone is always cursing either droughts or floods.

We need to curse less and dam more.
Viv Forbes