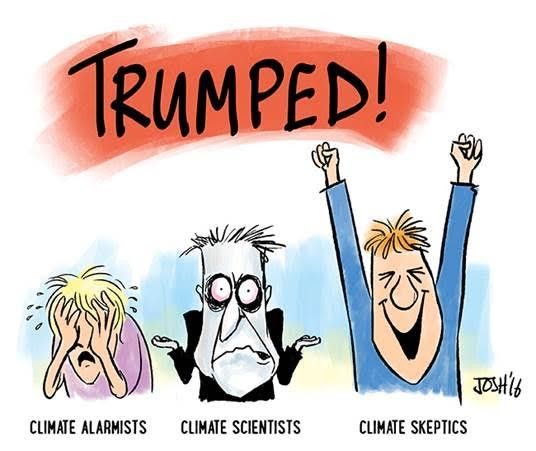 President Trump’s Clexit (Climate Exit) from the Paris agreement is a great step towards recovery from the global warming hysteria.

Coming soon after the UK Brexit which rejected the EU green octopus, the US Clexit will encourage Clexit efforts in places like central Europe, Canada and even in the decaying green swamp-lands of Germany and France. UK may even get the courage to “cut the green crap”.

This US Clexit follows the first step taken in 2010 when the canny Japanese refused to extend the Kyoto Protocol. And then Tony Abbott killed off Australia’s Carbon Tax.

The final step will be UN-CLEXIT – withdrawal from all UN climate agreements and obligations, and defunding the government climate “research” and propaganda industry.