There was a time when true environmentalists strove to protect wild things. Now the green shirts have become enemies of the environment by pushing green energy and demonising the building blocks of life – carbon and carbon dioxide.

Wind turbines and their cobweb of connecting roads and transmission lines have destroyed native trees and grasses, scarred and uglified wild hilltops, and littered continental shelves with naval and aerial obstacles. They create wind and rain shadows and decimate resident and migratory birds and bats. 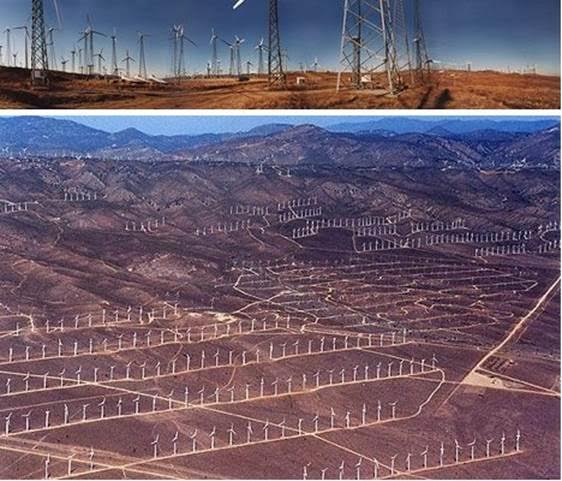 Industrial-scale solar is no better, stealing sunlight from every plant that tries to live in the shadow of the panels. Solar-thermal arrays have the additional trick of roasting any birds, bats and insects which fly through their focussed rays of heat.

Their promotion of ethanol and bio-diesel has caused the widespread conversion of cropland and clearing of natural vegetation and forests to grow industrial crops like corn and palm oil. This has also reduced food supplies, increased food prices and forced some poor people to poach in parklands.

And the stupid promotion of burning wood for power and home heating has taken some cities back sixty-five years to the era of London smogs. Forests are again being cleared and wood smoke is again choking urban communities.

None of these expensive and destructive activities will have any measurable or beneficial effect on global temperature.

So, what is the real agenda?

DOES THE CHINESE EMPEROR HAVE ANY CLOTHES ON?