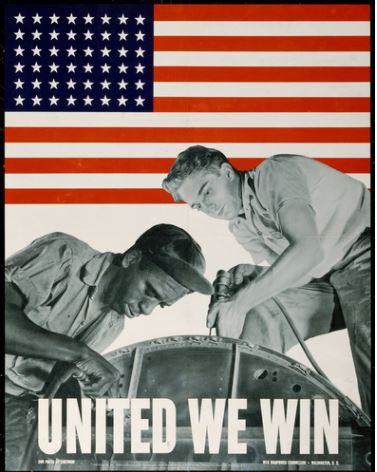 Joe Biden is a lie wrapped in a sham hiding inside a moron — he is an epigone of a president at best.

Yet, once he takes that oath, we should do everything in our power to make certain he serves out his term while opposing him every day and, in every way, including continuous mostly peaceful protest. Why should “mostly peaceful” be the sole dominion of Antifa?

You see, Kamala Harris is much more complicated than Joe but also much more dangerous. She is a political creation who believes at any given moment whatever is the passion of that moment.

She was once the “law and order” district attorney of San Francisco jailing young black men for smoking pot. Now she is a radical leftist, critical theory adherent, and hopeful dictator.

­­­­In addition, “mostly peaceful” for us will not be defined as wholesale destruction, arson, and assaulting innocents, as it is for the left.

I mean in exercising our rights to protest and self-defense, we fight Antifa and its ilk every time they raise a hand to us, never walking away, and never relying on the police.

Democrats always overplay their hand. They will try to steal the Georgia runoffs just as they did the presidency — they are printing the ballots as we speak. They are going for the kill-shot.

Whether the Dems take Georgia or not, they aim to be vindictive and punish all unbelievers. They will certainly come for us regardless of their talk of unity.

Because Democrats live in an echo chamber of media, big tech, and social media, they all say the same things and ignore the same things, they believe the nation is with them and we can be trifled with, with little or no repercussions.

This will play to our advantage. People on the right are angry and we should do everything to keep them that way. Righteous anger is a heck of a motivator for organizing and mobilizing.

Peter Maurice writing in Crisis magazine: “[N]ever in our history has the electorate chosen — or had foisted upon them — an executive team so scant of intellect, character, charisma, or political philosophy.”

This applies to Biden’s cabinet as well, since not one of his choices has subject matter skill. They were picked to fill out an identity politics template. When you don’t choose for competence, you get incompetence.

This administration is going to be an unmitigated disaster with Apoplectic Joe suffering one humiliation after another.

If Republicans are smart, they will fight all efforts to invoke the 25th Amendment or impeach him so we can revel in his suffering.

We don’t want to deal with a President Harris. She may not be smart, but she is not in the grips of dementia either. And her screams of racism will be echoed by all the usual suspects.

It is easier to thwart impeachment than to impeach. We want to do battle with Biden.

Trump should stay involved, acting as a shadow president. With alacrity, he should start or buy a network (and make himself another billion dollars).

Since he will probably be deplatformed by Twitter he should flee to the welcoming arms of Parler; millions will follow.

He will also need positive visibility and his own network would be perfect. More than likely, he will get Sean Hannity, and he could even have a shot at Tucker Carlson. How about a show for Dan Bongino? Fox can keep Cavuto and Juan Williams.

In his remaining days he should pardon everyone, as Kurt Schlichter writes:

“By which I mean everybody.

People who are accused of something right now.

People who aren’t accused of anything yet.

People who worked for Trump.

Everybody except Hunter. For him he must get the DoJ to appoint a special counsel. Puling media lackeys will go insane, but what can they do, get spiteful and give Trump bad press? Ha!

Let’s make it so the next time Hunter bumps into his maundering moron of a father he says, “Pardon me.”

Trump should enlarge his official campaign apparatus and immediately declare he is running in 2024 so he can keep raising money to support rallies and to organize his tens of millions of supporters who know this election was stolen.

During the interregnum between this election and the next, Trump should have regular rallies. Tens of thousands of people seem to enjoy them. The first “Trump 2024” rally should be held on January 20, 2021 in opposition to Biden’s inauguration.

I long to see the humiliation on Biden’s face when Trump’s crowd is bigger than his crowd. Biden’s rally in Georgia the other day was anemic, with attendance in the hundreds, not in the tens of thousands Trump can count on.

He also must hold issue specific rallies, especially ones in support of the 2nd Amendment — because you know Joe is coming after guns and with upwards of 500 million guns in citizens’ hands, it could be his greatest fundraising weapon and organizing tool.

All rallies should have paid security or be held in states where there is open carry with volunteer security.

Controlling the perimeters is paramount after a rally ends because that’s where Antifa will try to pick off old people and those they have outnumbered.

We need not be omniscient to know Antifa will show up at our rallies and protests, so being prepared with a plan and an organized force to defend attendees is not only prudent but also necessary.

We know that when Republicans hold the Senate, Democrats are intending to deploy Antifa, probably the first time the Senate says no to leftist nominees or legislation to remake America.

Conflict with Antifa is inevitable and while Antifa may be better organized than they once were, there are so many more of us and we control most of the nation’s land mass and have most of the guns as well.

This is war, and Biden, the Democrats, media, social media, big tech, and Antifa should know we are defending our country and its constitution and are not going down without a fight.

This article first appeared at americanthinker.com. 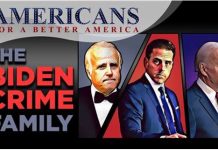 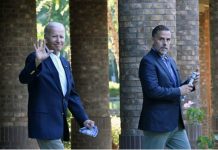